Retail inflation spikes to a 5-month high of 5.59% in December 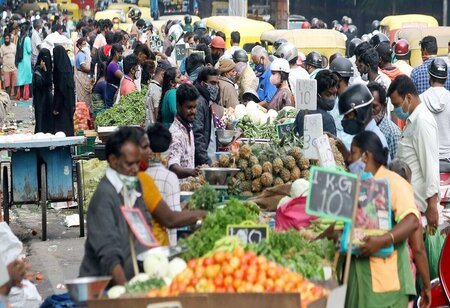 The country’s retail inflation, which is measured by the Consumer Price Index (CPI), has risen to a five-month high 5.59 per cent in December.
Separately, India’s factory output, measured in terms of Index of Industrial Production (IIP), witnessed a growth of 1.4 per cent in November, two separate data released by the Ministry of Statistics & Programme Implementation (MoSPI) showed on Wednesday.
The retail inflation for the month of November was 4.91 per cent.
The December CPI data has come within the Reserve Bank of India’s (RBI) upper margin of 6 per cent.
The government has mandated the central bank to maintain retail inflation at 4 per cent with a margin of 2 per cent on either side for a five-year period ending March 2026.
The CPI data is mainly factored in by the RBI while making its bi-monthly monetary policy. Last month, the Monetary Policy Committee (MPC) of the central bank kept the repo rate unchanged for the ninth time in a row at 4 per cent while maintaining an ‘accommodative stance’ as long as necessary. During the last meeting, RBI maintained the projected CPI inflation at 5.3 per cent during the ongoing financial year 2021-22. It estimated CPI inflation at 5.7 per cent in Q4 with risks broadly balanced. The Consumer Food Price Index (CFPI) or the inflation in the food basket also spiked on-month during December to 4.05 per cent, from 1.87 per cent in November, the data revealed.