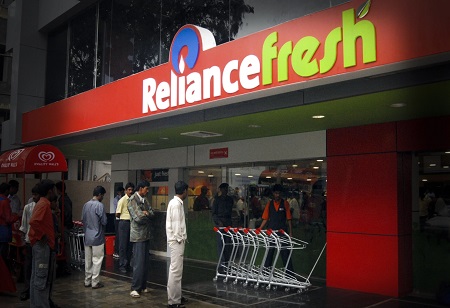 These packaged mithais such as laddos, barfis and pedas, which are being positioned to compete with chocolate brands such as Cadbury and KitKat, are already being placed at all Reliance grocery stores such as Smart Bazaar, Smart and other grocery formats, besides Reliance Retail's e-commerce platform JioMart.

Damodar Mall, chief executive, grocery retail at Reliance Retail, confirmed the developments. “We want to democratise traditional sweets and not relegate a particular variety to a region,” he said, adding that the company wants to take consumption of traditional sweets beyond seasonal opportunities.

The scaling up coincides with peak festive season in India followed by the wedding season, with discretionary products makers including those selling gourmet foods, reporting double-digit surge in sales.

Mall said Reliance Retail is taking the partnerships with traditional sweets makers forward with individual consumption packs as well. “We are also developing single serve packs of these mithais which will be placed at kirana stores as the business scales up,” he said.
At its grocery stores, Reliance Retail has created multiple bays and free standing units for traditional sweets, similar to what modern trade stores do for chocolates and confectionery brands. So far, the partnerships have led to over 500 packs and hundred varieties of traditional sweets, and the company is looking to partner with more local players.

Some of the regional sweet makers Reliance Retail has partnered with are Doodh Misthan Bhandar of Jaipur, Lal Sweets in Mysore, Prabhuji & Bhikharam Chandmal in West Bengal and Chawannilal Halwai of Ajmer.

The retail giant is scaling its partnerships with more such players and has set internal projections for sales to surpass that of chocolates by 10 times, according to an executive directly aware of the developments. Still, to compete with packaged chocolate makers backed by heavy marketing budgets and retail clout will be challenging, analysts said.

The Indian chocolate market reached a value of US $2.2 billion in 2021 and is among the world’s fastest growing markets for chocolates, research firm IMARC Group said in a report. The researcher forecast the Indian chocolates market to reach US $ 3.8 billion by 2027. Cadbury and 5-Star maker Mondelez leads the category, with other significant players being Nestle, which makes KitKat and Munch, Mars Wrigley, which makes Galaxy, Snickers and Twix, and Ferrero.