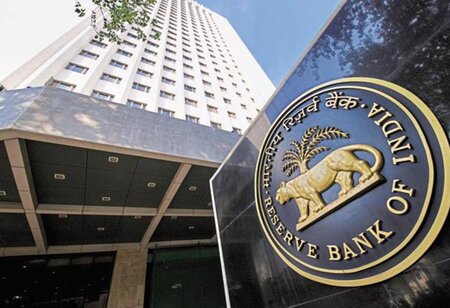 The Monetary Policy Committee (MPC) of the RBI on Wednesday has kicked off its three-day deliberations with analysts and rating firms expecting the policy panel to keep the benchmark policy rate — repo rate — unchanged in the wake of uncertainty over the impact of the second wave of Covid-19 pandemic.

The policy stance and the forward guidance is likely to be “accommodative” as long as necessary to sustain growth on a durable basis while inflation remains within target, Care Ratings said. The MPC is likely to keep the policy rates steady, it added. The Reserve Bank of India (RBI) had kept the repo rate – the central bank’s lending rate — unchanged at 4 per cent and the reverse repo rate — borrowing rate — at 3.35 per cent in the April policy review.

“The better-than-expected GDP numbers provide much-needed comfort to the MPC on the growth outlook. With the imposition of partial lockdown-like restrictions to contain the virus spread in several parts of the country, the downside risk on growth recovery has intensified,” said M Govinda Rao, chief economic advisor, Brickwork Ratings.

“Hence, the RBI is likely to continue with its accommodative monetary policy stance. Considering the risk of inflation emanating from the rising commodity prices and input costs, Brickwork Ratings expects the RBI MPC to adopt a cautious approach and hold the repo rate at 4 per cent on June 4,” Rao added.

Analysts do not expect any major change in the monetary policy or the RBI’s posturing about future course in this policy. The second Covid wave has raised uncertainty around the future economic outlook and pushed the potential policy normalisation further into the future.

The RBI had estimated GDP growth at 10.5 per cent for FY22 in its February policy and retained it at the same level in April. With the second Covid wave being alarming, stretching healthcare infrastructure and having adverse economic implications on income and consumption, there have been downward revisions in the GDP growth forecast for FY22 by many multilateral institutions.

The RBI, in its Annual Report, said that in the most optimistic scenario, the macroeconomic costs of the second wave can be limited to Q1FY22 with possible spillovers into July. The MPC had projected CPI inflation at around 5 per cent for FY22 in its previous meeting. It is unlikely to tinker with the inflation projection for the year despite the impact of international commodity prices which is being felt across the manufacturing and services sector and firming up of petroleum prices.

Suman Chowdhury, chief analytical officer, Acuité Ratings, said the current focus of the MPC is to support the fragile economy and the financial system from the damage inflicted by the second wave of Covid and to bring it back again on a healthy recovery path over the next few quarters. “We expect the policy stance to remain unequivocally accommodative throughout the current financial year. While there is virtually no scope for a further cut in interest rates given the increased commodity prices and the rising WPI, the status quo on rates is likely to continue for a longer time possibly till the end of FY22. Despite the risks of a build-up of inflationary pressures in the near term, the RBI is likely to give higher priority to the concerns around growth recovery,” he said.

Alok Sheel, RBI Chair Professor in Macroeconomics, ICRIER, said, “Despite CPI being on the higher side, the RBI is unlikely to raise interest rates any time soon, even though the current monetary policy regime primarily targets inflation. Also, greater fiscal support might be required to stabilise growth.”