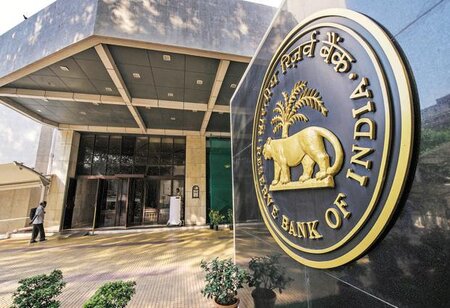 Loans, including retail loans and mortgages, will get costlier with the Reserve Bank of India’s Monetary Policy Committee (MPC) announcing a 50 basis point – one basis point is one hundredth of a percentage point – hike in the policy rate and the withdrawal of accommodative monetary policy stance on June 8. The central bank has now increased its policy rate by 90 basis points since May, with some of the increase already being passed on to retail and corporate borrowers by banks and the rest likely to be, shortly.

The latest hike, which comes after an unscheduled 40 basis point hike in May, has taken the repo rate to 4.9%, the highest since February 2020, when it was at 5.15%, and signals that the main focus of the central bank now is fighting inflation, which touched an eight year high of 7.79% in April 2022. The bank also hopes that the recovery now has enough legs to be self-sustaining.

Wednesday’s decisions, when read with the fine print of the MPC resolution and RBI governor Shaktikanta Das’s statement, suggest that monetary policy has made the final pivot to focusing on inflation control and asserting the sanctity of inflation targeting framework rather than supporting growth. The latter had been its unequivocal objective since the outbreak of the Covid-19 pandemic until the April 2022 meeting.

In fact, the RBI now believes that allowing inflation to surge is going to be counterproductive to growth prospects. “Experience teaches us that preserving price stability is the best guarantee to ensure lasting growth and prosperity,” Das said in his statement after the MPC meeting. The bank’s inflation projection for retail inflation 2022-23 is 6.7%, well above the high-end of its comfort level (6%), up from 5.7% projected in April.

The fact that MPC has left the GDP growth projection for 2022-23 unchanged at 7.2% in its April and June meetings suggests that it hopes to protect economic recovery – the MPC resolution notes an improvement in consumer confidence indices and capacity utilisation levels – by anchoring inflation expectations and containing second round effects on headline inflation. To be sure, the interest rate hikes which will lead to an increase in mortgage costs, could generate headwinds for growth via the construction sector. “Rising interest rate along with elevated property construction cost and product price pressures could adversely impact on the real estate buyer’s sentiment. We hope that economic recovery and household income growth will serve as a cushion for sustaining consumer demand in the face of this rate hike,” Shishir Baijal, Chairman and Managing Director, Knight Frank India, a real estate advisory, said in a statement.

The heightened concern around inflation, given the overall environment, is not surprising. The 6.7% number is based on the assumption of crude oil price averaging $105 per barrel in 2022-23 and normal monsoon this year. India’s crude oil basket was trading at $118 per barrel on June 7, as per data from the ministry of petroleum.

Quarterly inflation numbers are expected to be 7.5%, 7.4%, 6.2% and 5.8% in the quarters ending June 2022, September 2022, December 2022 and March 2023. This, when read with the March 2022 quarter inflation reading of 6.34%, means that the RBI will fail to meet the inflation target assigned to it under India’s monetary policy framework for the second time in just over a year. The Agreement on Monetary Policy Framework states that RBI will be seen as having failed in achieving its inflation target if inflation stays at more than six percent or less than two percent for three consecutive quarters. Quarterly CPI was above the 6% benchmark for four quarters between March 2020 and December 2020 -- but that was at a time when the pandemic was roiling the economy.