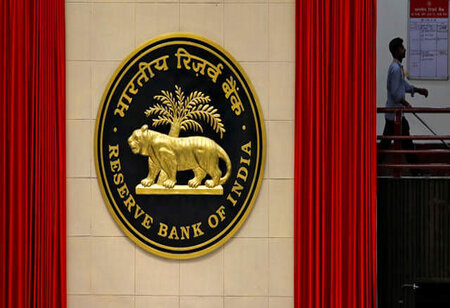 The Reserve Bank of India (RBI) has capped the tenure of the managing directors (MDs) and chief executive officers (CEOs) and whole-time directors (WTDs) of private banks at 15 years starting from the date of appointment. For CEOs who are part of the promoter group or large shareholder, the tenure is capped at 12 years. The age cap for chairman and independent directors has been set at 75 years.

The norms have been made tougher as part of the RBI’s attempts to strengthen the governance structure in private sector banks against the backdrop of a series of failures in financial institutions.

According to the new rules, an individual will be eligible for re-appointment as an MD and CEO or a WTD in the same bank after a minimum gap of three years. “During this three-year cooling period, the individual shall not be appointed or associated with the bank or its group entities in any capacity, either directly or indirectly,” the RBI said in a circular on Monday.

While the RBI has capped the tenures of promoter CEOs and WTDs at 12 years, it also said theirs tenure may be extended to 15 years at the sole discretion of the RBI. “In extraordinary circumstances, at the sole discretion of RBI, such MD and CEO or WTDs may be allowed to continue up to 15 years. While examining the matter of re-appointment of such MD and CEOs or WTDs within the 12/15 years period, the level of progress and adherence to milestones for dilution of promoters’ shareholding shall also be factored in by the RBI,” it said.

Among bank promoter CEOs, Uday Kotak, MD and CEO of Kotak Mahindra Bank, will be the hardest hit as he completes 15 years in 2024. He was reappointed as MD and CEO on January 1 this year for a period of three years, which means his tenure will now end on January 1 2024. Dipak Gupta, joint MD, may also not be eligible to succeed Kotak as he completes 15 years in 2024 as a WTD at the bank.

N Kamakodi, CEO of City Union Bank, will complete his 15-year tenure in May 2026.

“We are unsure how the RBI will treat Bandhan. Note that Bandhan was converted to a bank five years ago. So, if the RBI considers that timeline as threshold, then Mr (Chandra Sekhar) Ghosh, the promoter CEO, has a longer tenure. However, the RBI has said it will look at the progress made by promoters in terms of dilution. considering Bandhan’s track record in meeting these shareholding norms, there perhaps could be a reluctance from the RBI in our view,” said Suresh Ganapathy, an analyst at Macquarie Research.

In the circular released on Thursday, the RBI said the upper age limit for MD and CEOs and WTDs will continue to be 70. Within that limit, as part of their internal policy, individual bank boards are free to prescribe a lower retirement age for WTDs, including the MD and CEO.

The RBI said the new rules come into effect by October 1. Individuals who have already completed 12/15 years as MD and CEO or WTD on the date these instructions come into effect shall be allowed to complete their current term as already approved by the RBI, the circular said.