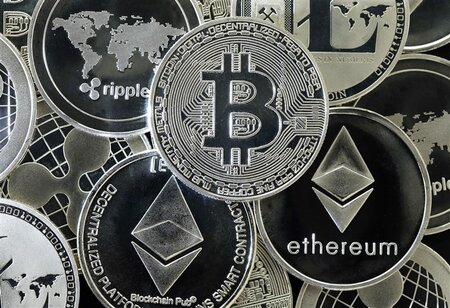 The proposed legislation on cryptocurrencies which is likely to ban digital currencies — except the one being mooted by the Reserve Bank of India (RBI) — is expected to provide an exit window to the existing crypto holders of private entities.

According to an official source, the proposed law will be prospective, even though declarations of holdings and transactions may be sought retrospectively. “The government is expected to provide an exit window to existing crypto holders in the event of an outright ban,” said a government official.

Indians are believed to hold around US $ 1.5 billion (around Rs 10,000 crore) in cryptocurrencies, according to unofficial estimates.

An option to provide an exit period to 3-6 months prior to banning the trading, mining and issuing of cryptos has been discussed in inter- ministerial discussions. A final draft of the bill is yet to be taken to Cabinet,” a source said. On the other hand, the RBI has indicated that it’s “very much in the game” and is getting ready to launch its own digital currency. “Central bank digital currency is a work in progress. The RBI team is working on it, technology side and procedural side how it will be launched and rolled out,” RBI Governor Shaktikanta Das had said recently.

The proposed legislation on cryptocurrencies has been held up as the government continues discussions and tries to weave in stakeholders’ views in the future law. “We have held extensive deliberations on this issue. There is the expert panel’s report, followed by inter-ministerial discussions, meetings held by the Cabinet secretary and submissions by various concerned people on the matter to the government. This bill will definitely take all of that into accounts. The government will come out with a bill,” a senior government official said, without putting a timeline on the issue.

Sources indicated that the government is open to back a central bank-backed digital currency, an idea mooted by the Reserve Bank of India. The government and the RBI also seem to be in consensus on the issue that private cryptocurrencies may do more harm than good to the financial system and the currency holders. “A fiat currency cannot have the kind of volatility and fluctuations you seen in Bitcoins and other cryptocurrencies. But at the same time, we have an open mind. We are very open to a digital currency, the RBI is working on that,” the official said.

According to new company rules notified in March, corporates should disclose any profit or loss on transactions involving cryptocurrency, cryptocurrency holdings, and any deposits or advances received from anyone for the purpose of investing in cryptocurrencies in statutory filings to the Registrar of Companies.

In April 2018, the RBI banned banks and other regulated entities from supporting crypto transactions after digital currencies were used for frauds. In March 2020, the Supreme Court struck down the RBI’s ban on crypto, terming its circular unconstitutional. One of the SC’s reasons for overturning the ban is that cryptocurrencies are unregulated but not illegal in India.

The RBI had said central banks are not only exploring DLT (Distributed Ledger Technology) for its application in improving financial market infrastructure but also considering it as a potential technological solution in implementing central bank digital currency (CBDC).

Results from a recent survey of central banks conducted by Bank for International Settlements, concluded that some 80 per cent of the 66 responding central banks have started projects to explore the use of central bank-issued digital currency (CBDC) in some form. These central banks are contemplating and studying the potential benefits and implications of CBDC in the economy.

The People’s Bank of China (PBoC) established the Digital Currency Research Institute to study and undertake research in digital currency and explore technologies through which a central bank digital currency could be implemented. DLT and blockchain have been explored extensively by the PBoC as a possible technology for launching CBDC. Apart from CBDC, PBoC is supporting research on using blockchain for trade finance, especially after the support from the President of China for the blockchain technology, as an important breakthrough for innovations.