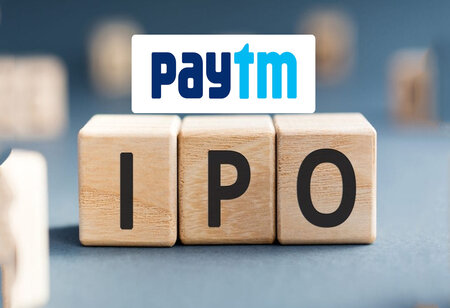 Paytm's Rs 18,300-crore IPO on Wednesday was oversubscribed 1.89 times with the foreign institutional investors flooding the issue with offers even as the domestic mutual funds and high net worth individuals largely stayed away from the initial public offering. The company is likely to debut on the stock exchange on 18 November.

Around 99% of the IPO’s institutional demand came from foreign investors who bid for 7.2 crore shares, while large domestic investors such as insurance companies and mutual funds barely participated in the open offer. A few domestic institutions had participated in the earlier investment round. Some media reports suggested that the Canada Pension Plan Investment Board (CPPIB), which had invested in the anchor round of the IPO, has increased its subscription. The fund had also taken part in the IPO’s anchor round Last week. Paytm raised Rs 8,235 crore from anchor investors, with the anchor round oversubscribed 10 times.

Surprisingly, domestic mutual funds cumulatively bid for only 348,828 shares of the 48.4 million on offer to investors, while HNIs bid for only 31,53,438 shares of the 1,31,97,115 on offer. This implies that the reserved portion of non-institutional investors was subscribed only 24 per cent. This was one of the lowest participation from mutual funds and HNIs in an IPO in recent months. Even Zomato saw strong participation from domestic mutual funds which applied for 1.9 billion shares of Zomato, though institutional investors were offered around 389 million shares. Similarly, in the case of Nykaa, mutual funds applied for 81.6 million of the 14.3 million shares on offer for qualified institutions.

Also, food delivery start-up Zomato's IPO was oversubscribed more than 38 times and its shares are up around 79% from the offer price, while e-commerce beauty platform Nykaa saw demand for 82 times the number of shares on offer. However, both Zomato and Nykaa are much smaller companies than Paytm.

One97’s shares are likely to be priced at the higher end of its offered price range of Rs 2,080 to Rs 2,150, which would value the company at around $20 billion.