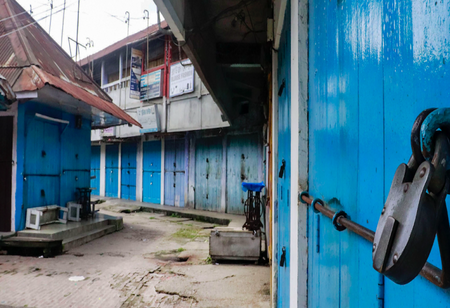 A parliamentary panel studying the impact of Covid-19 pandemic on MSMEs has noted in its report that the stimulus package declared by the Central government is “inadequate” as the measures were more of loan offerings and long term, instead of improving the cash flow to generate demand as immediate relief.

Expressing concern over the grim situation of small enterprises, the committee recommended the government to unveil a “larger economic package aimed at bolstering demand, investment, exports and employment generation to help the economy, including MSMEs.”

Noting that MSMEs have been severely impacted by Covid, the Department-related Parliamentary Standing Committee on Industry pressed for soft loans to MSMEs at minimal interest rate of 3-4 per cent, liquidity support to small enterprises, and setting up of a National Electronic Employment Exchange along with a new employment policy.

In their submissions to the Committee, various industry associations argued that MSMEs are facing an acute cash crunch, as the pandemic impacted their earnings by 20-50 per cent. “It is estimated that almost 25 per cent of MSME loans could slip into default as several MSMEs are finding it tough to draw working capital from banks,” the chambers told the Committee, according to the report released Tuesday.

The committee, chaired by Rajya Sabha MP K Keshava Rao, suggested the Reserve Bank of India to relax non-performing asset classification (NPA) norms for MSMEs and align these to payment cycle. “…the 90 days limit fixed by RBI for classifying overdues of MSMEs should be increased to 180 days so that MSMEs are not constrained to divert their working capital towards servicing of their loan-instalments and clearing their dues at the cost of normal business operations. This proposed change in the RBI guidelines will save a large number of MSMEs from turning sick or getting closed resulting in loss of economic activity and employment,” as per the report. MSME sector contributes around 30 per cent to the country’s production and about 45 per cent of exports.

Stressing that the Central government did not conduct any study to ascertain the extent of losses suffered by MSMEs due to lockdown, it called for a detailed examination of the issue. “The committee notes from the written replies furnished by the Ministry that no intensive study has been conducted by the Ministry of MSME to ascertain the actual losses suffered by the MSME sector as a whole due to nationwide lockdown imposed by the government. More so, the second wave of the pandemic exposed the vulnerabilities of MSMEs like never before and highlighted the problems faced by them such as delayed payments, high informality, low financial resilience, scarcity in raw material availability etc.,” it added.

Apart from subsidized soft loans to MSMEs, the panel recommended inclusion of traders and retailers in the Emergency Credit Line Guarantee Scheme (ECLGS) and restructuring of the existing subordinate debt scheme which has failed to take off. Traders, retailers as well as wholesalers have all now been reinstated in MSME category, making nearly 2.5 crore traders eligible under ECLGS.