Packaged goods sales up by 9.4 percent in Q4 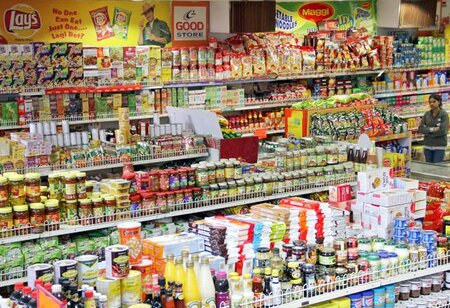 “The FMCG industry in India has built momentum by growing at 9.4% in the quarter ended March 2021 over the same period of previous year, after growing at 7.3% in the previous quarter. The consumption-led growth or volume of 5% sustained in the March quarter, with an increase in prices especially of staples boosting foods value growth,” it said in its March quarter FMCG snapshot. NielsenIQ follows a January-December quarter. In 2020, FMCG declined 2% in value terms.

The consumer insights provider refrained from giving forecasts on the sector. “For the year, I think it is not good for us to forecast,” said Diptanshu Ray, NielsenIQ South Asia lead. “The market is too volatile. Last year we had to amend the forecast a few times. We don’t know how it’s going to shape up and what kind of (virus) mutations will happen. Hence, we will refrain from forecasting at this point in time but we’re keeping a very close watch,” said Ray.

Demand was led by staples, essential non-foods, and indulgence categories, the report said. India is currently under the grip of a second wave that is set to, once again, derail consumption growth.

Analysts said they are yet to study data from April and May to comment on rural markets. However, the spread of infections in India’s villages could have a bearing on mobility and demand, they said.

Rural markets continued to lead growth for the packaged consumer goods market, growing at 14.6% in Q1. Metros, meanwhile, reported a 2.2% growth in the March quarter, turning to positive growth compared to the December quarter. Class 1 towns, those with a population of 1-10 lakh, grew 6.95% in the same period.

“When it comes to rural India, there are both tailwinds and headwinds. In terms of headwinds, the pandemic has spread there and it will have some bearing, however minimal, on supplies with restriction on movements. However, there are a couple of strong tailwinds too. The monsoon projection is decent,” said Sameer Shukla, customer success leader, NielsenIQ South Asia.