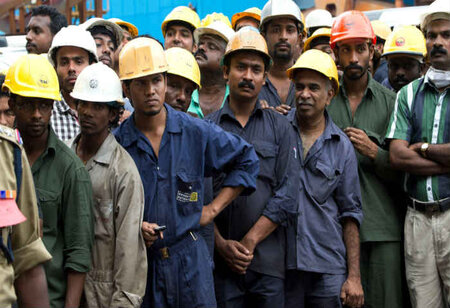 Earlier this month, the Centre constituted an expert group under the chairmanship of economist Ajit Mishra to provide technical inputs and recommendations on fixing these wages. The tenure of the group is three years.

The provision of minimum wages provided in the Labour Code on Wages was passed in 2019. Currently, the provisions of the Minimum Wages Act apply to workers in scheduled employments, including mining, plantations and services.

The Wage Code is meant to ensure the “right to sustenance” for every worker and extends the legislative protection of minimum wage to 100 per cent of the country’s 50-crore workforce from the current 40 per cent.

In an official statement, the Labour Ministry said, “The tenure of the expert group is three years. It has come to notice that certain sections of the press and some stakeholders have opined this as an attempt to delay the fixation of minimum wages and national floor wages by the government.

“It is clarified that the government does not have any such intention and the expert group will submit its recommendations to the government as early as possible,” the statement added. However, it did not mention any timeline for implementation of the provision.