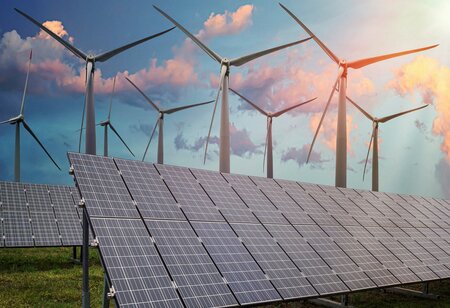 A top American senator has introduced the legislation to improve cooperation between India and the United States in clean energy and climate change, stressing that he witnessed first-hand the positive outcomes through the two nations work as a team to tackle the common challenges.

By developing the US-India Climate and Clean Energy Partnership, we are arranging the groundwork for successful partnerships between not only the US and Indian governments, but also our universities and private sectors. I am proud to lead this effort to further reinforce our relationship with India, says Menendez.

The Act also would boost US-India cooperation on climate resilience and risk reduction, according to a media release.

Observing that Prime Minister Narendra Modi has prioritised improving citizen access to electricity and electrifying every household in India, the legislation asserts that India, in contrast to China, is demonstrating that climate action is a priority through concrete steps including a climate plan compatible with the goal of limiting global average temperature rise below two degrees Celsius.

India's unconditional emissions target, as outlined in the Intended Nationally Determined Contribution of India to the Paris Agreement, aims to reduce emissions intensity of gross domestic product by 33 per cent to 35 per cent below 2005 levels by 2030, it said.

Noting that in 2019, Prime Minister Modi announced an ambitious domestic target of installing 450 gigawatts of renewable energy capacity by 2030, the legislation said India was among the top five clean energy producers globally.

Installed electricity capacity from renewables in India grew by 144 per cent from 2014 to 2020, and between 2014 and 2019 there was approximately $ 42 billion in investment in the renewable energy sector in India.