LIC May Invest in Zomato's IPO 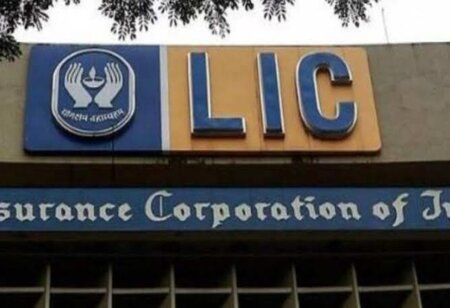 In an unusual move, state-owned Life Insurance Corp. of India (LIC) is weighing a bid for Zomato’s shares in the online food delivery platform’s initial public offering this week as per the resources.

LIC, which typically invests in secondary markets unless the public issue is a part of the government’s divestment program, is expected to bid for shares in the upcoming IPO of Zomato, the people stated, requesting anonymity.

Zomato’s growth curve demonstrates how rapid India’s transition to the internet economy has been suggested one of the two people. Zomato’s valuation has surged from around $5.4 billion in January to over $8 billion in June as the pandemic has boosted the popularity of online platforms as people avoid going out for fear of contracting infections.

India’s largest online food ordering platform is looking to raise as much as ₹9,375 crore in the public issue. It will be the first of a bunch of Indian consumer internet unicorns that will go public in the next few months. Zomato’s shares are priced between ₹72 and ₹76 apiece and will open for subscription on July 14.

LIC’s investment committee will hold a meeting soon to take a final decision on the plan to invest in Zomato’s IPO. An email sent to a spokesperson for LIC did not elicit any response. In the quarter ended 31 March, LIC’s holdings in publicly traded companies dropped to an all-time low of 3.66% of the market value of 296 companies. It was 3.7% as of December 31.

Zomato’s food-ordering platform connects customers to restaurants and delivery partners. Customers use its app to search and discover restaurants, read and write reviews, order food, book a table and make payments while dining out at restaurants.

The company also operates a procurement solution, Hyperpure, which supplies high-quality ingredients to restaurant partners. As per the RedSeer, Zomato is one of the leading food services platforms in India in terms of the value of food sold as of March 2021.

During FY21, 32.1 million average monthly active users visited its platform in India. The company is present in 525 cities in India and has about 390,000 active restaurant listings.

“Zomato as a brand has been very popular among the younger audience, and with the covid situation, it has caught up with the middle-aged and senior citizens as well,” stated the RedSeer report.

Zomato is expected to report its first profit and record an operating revenue of $1.4 billion by the financial year 2023, according to a July 7 note to clients by Edelweiss. That is four times more than the $350 million recorded in FY20.