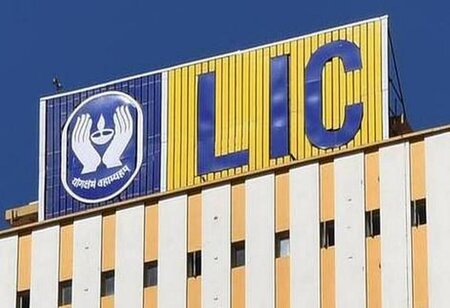 The draft red herring prospectus (DRHP) or offer document of the Life Insurance Corporation’s (LIC) initial public offering (IPO) is expected to be out within the next two weeks. The statement was made by department of investment and public asset management (DIPAM) secretary Tuhin Kanta Pandey hours after finance minister Nirmala Sitharaman said in her Budget speech that the LIC IPO is expected shortly.

Once listed, LIC has the potential to become one of the biggest domestic companies by market capitalisation with an estimated valuation of ₹8-10 lakh crore.

Replying to a question at the post-Budget press conference, Sitharaman said the IPO of LIC is likely in the current financial year. "In all probability, it is going to be held this year," she said.

Pandey had earlier said the government will list the country's largest insurer LIC on the stock exchanges by March-end, adding the draft papers for the IPO are being finalised and will be filed with market regulator Sebi soon for its approval.

"LIC disinvestment amount will be included in this year's (Budget) because we aim to list it before March 31," the top official was quoted as saying by news agency PTI.

The mega IPO of the insurance behemoth is crucial for meeting the disinvestment target set for the current fiscal ending March 2022.

So far this fiscal, ₹9,330 crore has been mopped up through minority stake sale in PSUs.

Earlier this week, LIC reported a profit after tax of ₹1,437 crore for the first half (April-September) of the current financial year, compared to ₹6.14 crore in the year-ago period.