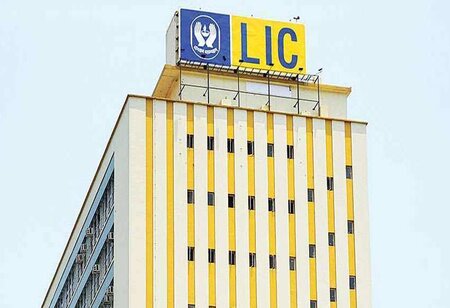 The government plans to bring in a clutch of anchor investors to invest up to Rupees 25,000 crore in the shares of Life Insurance Corp. of India (LIC) in its planned mega initial public offering (IPO), said two people, including a top central government official. The country’s largest insurer will also undergo a change in its board structure and adopt new accounting norms before the IPO, the two said on condition of anonymity.

“We will invite anchor investors after the embedded valuation exercise is done and the pricing for the IPO is ready,” the government official said. “There may be more than two dozen anchor investors in LIC’s IPO,” the other person said.

Anchor investors are essentially brought in to enhance the confidence of investors and gauge the demand for the IPO in the market. Having anchor investors may be critical for LIC because of the size of the state-run insurer and the changes being adopted by it, which may make IPO investors concerned about the ability of the insurer to sustain its growth under the restructured avatar of LIC. A mere 10% stake in the company is estimated to be worth at least ₹1 lakh crore, which is unconventionally high for the Indian equity market.

Anchor investors are QIBs who agree to buy the firm’s shares at a particular price by applying to invest at least ₹10 crore in the IPO before it opens, according to the listing norms of the Securities and Exchange Board of India. As much as 50% of the shares of an IPO can be offered to QIBs. Of this, up to 60% can be allocated to anchor investors. One-third of this is reserved for mutual funds.

Meanwhile, the compliance processes at LIC are being aligned with listing norms, the two persons said. “There will be changes at the constitutional level at LIC. Though we term LIC’s board as a board, there is no prescribed board at LIC as defined under Sebi’s listing norms. So, apart from the ongoing actuarial valuation exercise underway at LIC, several other changes will be done at LIC. We are regularly meeting LIC to speed up the IPO process,” the government official said. The draft red herring prospectus for listing will be filed in six months, the official said.

“Once their annual financials are ready, it will aid the process of valuation. We will come out very soon with the RFP for appointing merchant bankers, advisors, and the registrar for the IPO,” the official said.