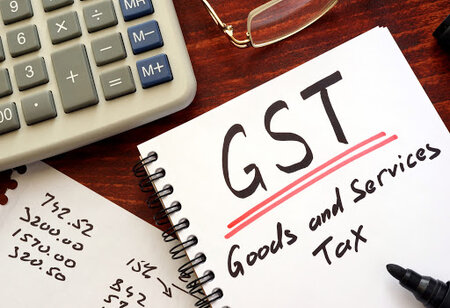 After topping the Rupees 1-lakh-crore mark for eight months, gross Goods and Services Tax (GST) collections came in at a 10-month low of Rs 92,849 crore in June (for sales in May), data released by the Finance Ministry on Tuesday showed. This indicated the impact of localised lockdowns by various states in view of the second wave of the Covid-19 pandemic.

The June collections have, however, fared better than expectations showing the muted impact of second wave of the pandemic on GST revenues even as e-way bill generation had shown a sharp dip to one-year low levels in May.

GST collections in June are 2 per cent higher than Rs 90,917 crore collected in June last year.

E-way bills, which are mandatory for inter-state transportation of goods valued over Rs 50,000, have picked up since May. This is likely to result in improved GST collections in the coming months, which will help aid government expenditure. E-way bills generated during June 2021 increased to 5.5 crore from 3.99 crore in May. About 5.88 crore e-way bills were generated in April.

“During May 2021, most of the states/UTs were under either complete or partial lockdown due to COVID. The e-way bill data for the month of May 2021 shows that during the month, 3.99 crore e-way bills were generated as compared to 5.88 crore in the month of April 2021, down by more than 30 per cent. However, with reduction in caseload and easing of lockdowns, the e-way bills generated during June 2021 is 5.5 crore which indicates recovery of trade and business,” the Finance Ministry said in a statement.

The gross GST revenue collected in the month of June 2021 is Rs 92,849 crore of which central GST is Rs 16,424 crore, state GST is Rs 20,397, Integrated GST is Rs 49,079 crore (including Rs 25,762 crore collected on import of goods) and cess is Rs 6,949 crore (including Rs 809 crore collected on import of goods), the ministry said. The GST collections during April-June, the first quarter of FY2022, are nearly twice as high as Q1 FY2021, reflecting the narrower impact of the state-wise restrictions during the second wave of Covid-19 pandemic as against the nationwide lockdown last year. “Despite declining to a 10-month low, the June 2021 GST collections provided a positive surprise…the GST collections in Q1 FY2022 are higher than the pre-Covid level of Q1 FY2020. This will buffer the revenue situation of the Centre and the states, which should support a ramping up of expenditure going ahead,” Aditi Nayar, Chief Economist, ICRA Limited said.

Deloitte India Senior Director M S Mani said while the collections are lower than Rs 1 lakh crore which had become the norm for the past few months, considering the fact that it relates to transactions in May 2021 which was badly impacted by the pandemic, it would be considered as a “very satisfactory collection.” “These numbers also reflect the economic resilience shown during the recent pandemic phase,” he said.