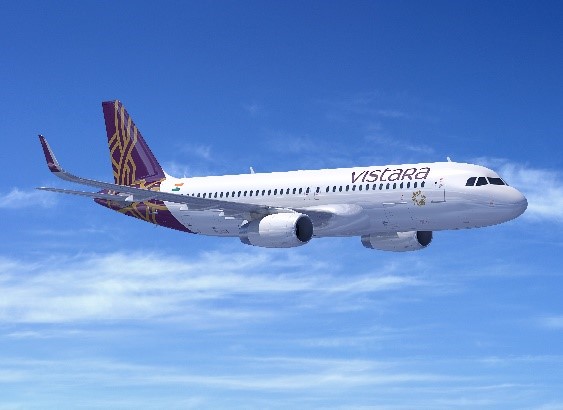 Japan Airlines (JAL) and India’s finest full-service carrier, Vistara, entered a codeshare partnership that will open up more routes between India and Tokyo than ever before. With the signing of this agreement, Vistara becomes the only codeshare partner for Japan Airlines in India. The sale of tickets is already open from 26 February 2019 on all channels and major GDS systems, for travel from 28 February 2019.

As part of the agreement, Japan Airlines will add its ‘JL’ designator code to approximately 32 Vistara-operated flights each day across India covering seven Indian cities, namely Mumbai, Kolkata, Chennai, Bengaluru, Hyderabad, Ahmedabad and Pune. JAL and Vistara already have an interline/through check-in partnership and the two airlines had signed a Memorandum of Understanding in September 2017¹ to pursue commercial opportunities together.

Commenting on this key partnership, Mr. Sanjiv Kapoor, Chief Strategy & Commercial Officer of Vistara said: “We’re delighted to further strengthen our partnership with Japan Airlines with this codeshare agreement, which is a step that underlines our commitment of partnering with some of the leading airlines in the world and of putting Vistara, India’s best airline, on the global map. This partnership helps us offer greater convenience and variety of choice to customers with a comprehensive network, as well as the opportunity of welcoming travellers from Japan and beyond to experience Vistara’s award-winning hospitality and service. We’re confident that our respective customers will truly enjoy the shared benefits of this partnership between two airlines committed to being amongst the best service providers on the ground and in the sky.”

“The number of passengers traveling between Japan and India has increased over time,” said Mr. Hideki Oshima, Executive Officer, Japan Airlines. “By strengthening the partnership with Vistara, we will be able to provide better network access for our mutual customers. And, we look to further cooperate with Vistara to open up additional opportunities for both airlines.”

The codeshare flights will offer convenient connections to and from a daily flight that JAL already operates to Delhi directly from Tokyo Narita. Japan Airlines and Vistara flights operate from the same terminal at Delhi (T3), making connections at the airport even more convenient and seamless.

As the highest-rated Indian airline on Skytrax and TripAdvisor, and winner of several best-in-industry awards, Vistara has consistently raised the bar for operations and service standards in the Indian aviation market in a short span of four years. The airline today serves 22 destinations with over 800 flights a week and a fleet of 22 aircraft. Recently, Vistara finalised its aircraft order, which is a combination of purchased and leased aircraft totalling 50 from the Airbus A320neo family (including the A321neo) well as six purchased Boeing 787-9 Dreamliner aircraft.