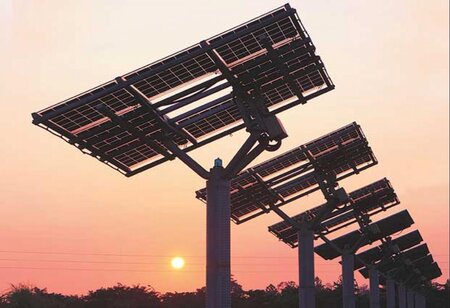 As a result of exceptional performance on the solar PV front and with generation from solar forecast to exceed coal before 2040, India raised to a position to the third spot in EY’s Renewable Energy Country Attractiveness Index released on Wednesday.

The US holds the top position on the Index and is likely to retain its position under President Biden. China has remained a buoyant market and maintains the second position, adding 72.4 GW of new wind power in 2020, the report added.

“India has moved one position above from the previous index, this is primarily because of the exceptional performance on the solar PV front. Installed solar PV capacity in India has skyrocketed to 39 GW marginally overtaking the wind capacity for the first time,” stated Somesh Kumar, Partner and National Leader, Power & Utilities, EY India. He further said that the economic attractiveness of solar PV and intense competition from the private sector has led to record low tariff bids.

The report claimed that India’s solar sector is expected to produce significantly post the COVID-19 pandemic, with generation from solar PV forecast to exceed coal before 2040, driven by the government’s policy ambitions, which has led solar PV to be the most cost-competitive source of power in the region and improving further over time.

It added that in 2020, worldwide renewable energy capacity investments grew 2 percent to $303.5 billion, the second-highest annual figure recorded to date despite the impact of the global COVID-19 pandemic. Though, the report estimates that future development to achieve net-zero would require a further investment of $5.2 trillion and highlighted the role institutional investors will need to play in financing the energy transition.

East Asian markets such as South Korea and Japan ranked in eighth and 17th positions.

“The impact of the pandemic on economies seems to have refocused investors’ minds... As a result, interest in renewable energy development has risen among institutional investors who have pledged to incorporate climate-risk concerns into their decision-making processes, resulting in new models of investment,” said Ben Warren, EY Global power and utilities corporate finance leader and report’s chief editor.

East Asian markets such as South Korea and Japan ranked in eighth and 17th positions. The report highlighted that East Asia has a strong pipeline of clean-energy projects, with more than 800 shovel-ready schemes and with a $316 billion total investment potential.