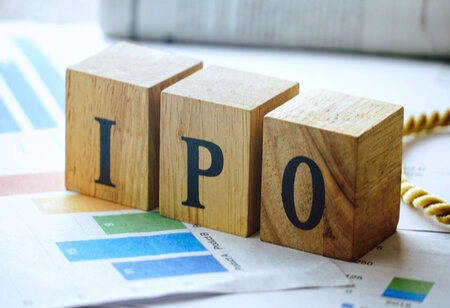 As on date, India Inc has raised over Rs 42,000 crore though 28 IPOs in seven months till date. If the number of companies which have filed their issues with SEBI or have shown intent to list is any indication, this could easily cross Rs 1 lakh crore by the end of the year.Besides companies in traditional businesses, the bumper listing of Zomato is set to trigger a host of IPOs from other new-age companies including Paytm, PhonePe, MobiKwik, Grofers, PolicyBazaar, Flipkart Internet, Delhivery among others that have shown their intention to list this year.

Such hectic fund raising through IPOs was last witnessed in 2017 when companies raised Rs 67,147 crore through 36 IPOs. This year, India Inc has already raised over Rs 42,000 crore though 28 IPOs. Data compiled by Prime Database shows that 34 more companies have already filed offer documents with Sebi, and are estimated to raise over Rs 71,000 crore through IPOs.

Further, 54 companies have announced their intention to tap the primary market this year, and just 21 of them are estimated to raise over Rs 70,000 crore. These do not include state-owned Life Insurance Corporation, which could raise around Rs 50,000 crore or more depending on its estimated valuation of anywhere between Rs 10 lakh crore and Rs 15 lakh crore.

Pranav Haldea, Managing Director, Prime Database, said it is critical for markets to remain bullish for deals to close. “Even if the companies have Sebi approval, they will launch the issue only if the market is in bullish territory. In 2013, we did a study which showed that companies holding Sebi approval for IPOs worth Rs 75,000 crore allowed these to lapse when the markets turned bearish. So, while the pipeline is strong, bullishness in the market will be key for their conclusion,” said Haldea.

Despite concerns of a third Covid-19 wave, stretched valuations and inflation, the market has shown appetite for IPOs. ‘Seize the opportunity’ seems to be the axiom guiding retail participants. “What is significant is banks and financial institutions have, of late, shown equal if not more interest than retail participants in primary issues. They have nearly doubled their investments in IPOs reaching four-year highs and we are only over half way through the year,” said Nirai Shah, Head of Equity Research, Samco Securities.

The excitement does not end here; pension regulator PFRDA is considering permitting pension funds to broaden their investment spectrum to invest in eligible IPOs and similar primary issues with certain predefined criteria. “This unequivocally shows the IPO party is far from being over, given our economy is flushed with liquidity,” Shah said.

While the Zomato IPO showed signs of investor maturity and appetite for new age companies, Sebi chairman Ajay Tyagi recently said the filings and public offerings reflect the maturity of the market to accept the business model of new age tech companies, which aren’t amenable to valuation through conventional metrics of profitability.

“Along with the robust growth, it is heartening to note that our markets are entering a new era with several new age tech companies preferring to list domestically. Our markets offer as attractive a fund-raising proposition as any overseas market,” Tyagi said at the NISM capital market conference last week.

Successful IPOs of such companies are likely to attract more funds in domestic markets, thus creating a new ecosystem of entrepreneurs and investors, Tyagi said.

After Zomato, the next mega unicorn listing is likely to be One97 Communications, the parent firm of Paytm, a leading digital ecosystem for consumers and merchants, which recently filed the draft red herring prospectus with the regulator SEBI for a Rs 16,600 crore IPO. This could be one of the largest IPOs in recent years.

LIC is preparing the groundwork for the IPO, is set to hit the capital market in the fourth quarter of FY’22 and could raise between Rs 55,000 and 80,000 crores.

As for the overall resource mobilization through capital markets, companies raised Rs 10.12 lakh crore in FY21 despite this being a pandemic-affected year, surpassing previous year’s figures of Rs 9.96 lakh crore.