investors bet on startups as an 8.8 billion Dollar IPO wave sweeps across India 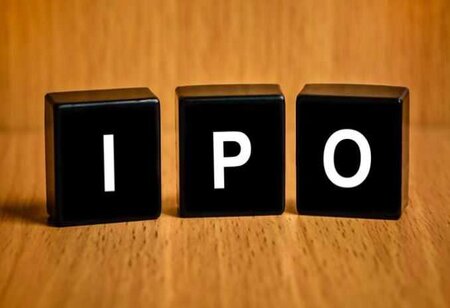 The market for IPO’s in India is turning into a feeding frenzy. The amount of money raised in IPOs this year has reached $8.8 billion, which has already surpassed the totals of the past three years though it’s only August. At the current pace, 2021 would exceed the all-time record of $11.8 billion. Founders, bankers, lawyers and advisers are racing to cash in on fervent demand for fresh public offerings.

The catalyst, in a word, is Zomato Ltd. The food-delivery startup went public in July and, despite deep losses and mediocre prospects for profitability, shares have soared more than 70%. That has fueled the idea that similarly profit-challenged startups could find a strong reception from investors.

Oyo Hotels & Homes Pvt, a long-troubled lodging giant, started work last week on its draft prospectus and aims to file in October, according to people familiar with the matter. The ride-hailing leader Ola and fintech startup Pine Labs Pvt have also begun talks with investment bankers, according to other people aware of the situation.

“India is definitely the star of the show – that is the new phenomenon,” said Udhay Furtado, co-head of Asia equity capital markets at Citigroup Inc., the lead foreign bank in Asia IPO league tables so far this year. “Zomato really opened people’s eyes to India and now we have all these privately funded unicorns coming to the public market.”

The performance of recent IPOs, such as Zomato, has fed the enthusiasm. Newly listed Indian stocks are beating the benchmark Nifty 50 Index by more than 40 percentage points this year, the biggest gap in seven years.

The country’s three most valuable startups are all considering or planning IPOs. Paytm, the country’s leader in digital payments, filed its preliminary offering documents, aiming to raise as much as 166 billion rupees ($2.2 billion). If it reaches that level, the IPO would be the country’s largest debut ever, eclipsing the more than 150 billion rupees raised by state-owned Coal India Ltd.
Flipkart, the Indian e-commerce giant controlled by Walmart Inc., is aiming for an IPO as soon as the fourth quarter, Bloomberg News has reported. Byju’s, a digital education startup valued at $16.5 billion, is in early discussions about an IPO and bankers are encouraging the company to take advantage of the red-hot market, according to people familiar with the matter. Byju’s is in the midst of absorbing several substantial acquisitions and is likely to hold off on any listing for at least a year.

Such is the hysteria that PhonePe, a payments startup Walmart acquired as part of its Flipkart deal, is considering shifting its incorporation back to India from Singapore to capture local investor attention, according to two people familiar with the matter who did not want to be identified. The regulatory upheaval in China has also sent investors looking for promising opportunities in countries with more predictable government policies.

“If global investors have to pick an emerging market, the balance is tilting in India’s favor after the regulatory action in the China internet ecosystem,” said Pankaj Naik, executive director and co-head, digital & technology at consultancy, Avendus Capital Pvt. “India may not be as attractive as China in the broader economic sense but it’s looking like a safer bet.”
Oyo Hotels, PhonePe and Pine Labs did not respond to emails seeking comment.

India’s success with startups has long lagged beyond that of the U.S. or China. But this year has been something of a breakout. With the Covid-19 pandemic, many consumers have turned to online services for grocery deliveries and other e-commerce, along with math tutoring and medical diagnoses. Revenue has surged.

Global investors like Fidelity Investments, KKR & Co. and Singapore’s Temasek Holdings Pte have pumped money into India, while China’s crackdown on private enterprise has spooked financiers. The value of venture investments in India reached $7.9 billion in July, surpassing China for the first time on a monthly basis since 2013, according to researcher Preqin Ltd.

That kind of financing has helped India build a substantial blessing of unicorns, startups worth $1 billion or more. There are more than 35 such companies, led by Byju’s, Paytm and Oyo, according to CB Insights, suggesting dozens more could go public in the years ahead. Whereas the biggest IPOs of the past were conglomerate or state-backed companies like Coal India, startups are now leading the surge.

"Many of India's technology unicorns have huge growth opportunities ahead of them," said Devarajan Nambakam, a managing director at Goldman Sachs Group Inc. in Mumbai. "Everything is relative and given the vast opportunity, India’s macro fundamentals, political stability and overall investment policies make it one of the better destinations for global investors.”
Investment banks such as Goldman, Morgan Stanley, JPMorgan Chase & Co. and Citigroup Inc. are at the forefront of multiple discussions, the people said. Mumbai-headquartered Kotak Mahindra Bank’s investment banking team is also part of several of IPO conversations, the people said.

Oyo, a SoftBank Group Corp.-backed startup with a history of troubles, is one of the more surprising IPO candidates. The hotel-booking company, run by 27-year-old Ritesh Agarwal, botched a global expansion with overly aggressive targets and then was hammered by the Covid-19 pandemic. Last year, it cut its workforce, furloughed thousands and slashed compensation and marketing as it retreated.

But the brutal overhaul allowed Oyo to survive as people stopped traveling and now bookings are recovering in Europe, the U.S. and parts of Asia. Agarwal, in an interview with Bloomberg TV, said the coronavirus pandemic hit Oyo like “a cyclone” with business falling 66% in 30 days.

But the company made difficult changes to focus on the technology and services most valuable to its hotel partners. The startup recently secured a $660 million debt financing from global investors to service its existing loans.

Work began this week on Oyo’s draft prospectus with the goal of filing with regulators within the next 10 weeks, said a person familiar with the developments. Two banks, Kotak and JPMorgan, have already been selected and Citi is close to being added to a lineup that’s likely to grow. The timing, size and blend of primary and secondary shares have yet to be decided, multiple people said.
Agarwal declined to comment specifically on IPO plans in his interview.
“We are already operating like a public company, when we go public is up to the board,” he said.

If Agarwal does test the public markets, he will have plenty of company. Beauty retailer Nykaa filed its initial offering documents this month for a share later this year. API Holdings, the owner of the country’s largest online pharmacy PharmEasy, is targeting an IPO of more than $1 billion with plans to file initial documents by mid-October, according to people familiar with the matter. Pine Labs, a fintech startup that operates in India and parts of Southeast Asia, is being courted by bankers who claim it could reach a $10 billion valuation, according to a person with knowledge of the discussions. It was last valued at $3 billion, according to CB Insights.

“Indian public market investors have shown that they do indeed value the role of disruption and growth,” said Vani Kola, founder and managing director of the venture firm Kalaari Capital. “We will see hundreds of such IPOs over the next decade.”