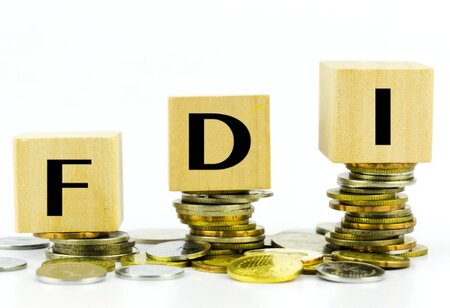 The government expects the foreign direct investment to pick up pace in the insurance sector, as most regulations have been amended to give effect to 74 per cent FDI limit. With the government defining the management and control criteria for Indian insurance companies last Wednesday through a gazette notification, the Finance Ministry expects the sector to be a key recipient of foreign capital, a senior government official said.

As per the fresh set of regulations, an Indian insurance company with 74 per cent foreign equity should have majority of its directors, key management personnel, and at least one among the chairperson of its Board, its managing director and its chief executive officer; as resident Indian citizens.

“As per the feedback we received from the insurance regulator, companies and other participants; with regulations now in place, there should be sufficient appetite for investment from long term investors including sovereign wealth funds, global pension funds and insurance firms should,” the official said. The government has laid down further guidelines on appointment of directors.

Industry insiders say that the regulations augur well for Indian promoters and many will be open to diluting their holding either to their foreign partner or to foreign portfolio investors. “While it will let them keep control of management and board, the additional capital inflow will help them with funds to push for growth,” said a senior official with a general insurance company.

The government has also stipulated tough conditions with regard to retention of profits for insurers having FDI of more than 49 per cent. “…for a financial year for which dividend is paid on equity shares and for which at any time the solvency margin is less than 1.2 times the control level of solvency, not less than fifty per cent of the net profit for the financial year shall be retained in general reserve,” as per the notification.

Insurance penetration currently stands at just 3.71 per cent of the GDP in the country. Higher investments will help increase penetration of products in an underserved market. It will also bring in global best practices, besides helping lower the cost of products due to greater competition.

Industry insiders also point to that fact that the sector needs capital and larger participation of the international partner in the insurance firms for evolution and availability of global products in India and for better penetration. “The increase in foreign ownership to 74 per cent result in inclusion of global best practices in terms of insurance products going forward. It will also help in bringing down the cost of insurance products in India. It will benefit small insurance players or the ones where the sponsors don’t have the ability of put in more capital and hence it will benefit in strengthening them and increasing competition across the industry,” said a senior official with an insurance company.