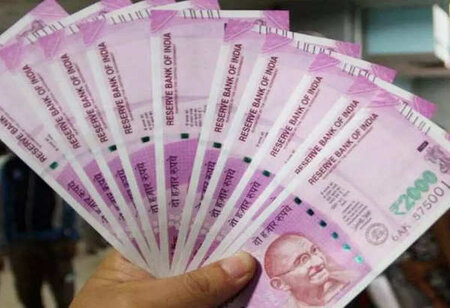 India’s inflation projections are robust and all the possible scenarios in the oil price range have been taken into account, the Reserve Bank of India governor Shaktikanta Das said after the RBI board meeting. Das said that India’s January inflation is expected to be closer to the upper end of the RBI’s target band of 6 per cent, and ‘that should not surprise or create any alarm because we have taken that into consideration’. Union Finance Minister Nirmala Sitharaman addressed the central board of directors of the RBI on Monday, 14 February, along with governor Shaktikanta Das, MoS Finance Bhagwat Karad, and secretaries of the finance ministry, in the customary post-Budget meeting.

During this post-Budget meeting, the governor also added that as far as India is concerned, the momentum of inflation since last October has been on a downward slope. “It’s primarily the statistical reasons, the base effect which is leading to higher inflation especially in the third quarter, and the same base effect will play in different ways in the coming months,” Shaktikanta Das said at a press conference after addressing the members of the RBI board. Das asserted that inflation projections are quite robust. “We stand by our inflation projections,” he said.

On the digital rupee front, Shaktikanta Das that RBI and government discussions on have been going on since before the budget. Das also said that like several other issues, this particular issue was also internally under discussion between RBI and government. “Whatever points we have, we discussed with the government. Beyond that I think I will not like to further elaborate,” RBI Governor Shaktikanta Das said.

Union Finance Minister Nirmala Sitharaman said that there’s complete harmony with RBI in the last few years, respecting each other’s domain, priorities, and national interest. “With RBI and the Ministry, not just on crypto but on every other thing as well, I think there’s complete harmony with which we’re working, respecting each other’s domain and also knowing what we’ve to do with each other’s priorities and in the interest of the nation. There’s no turfing here,” FM Sitharaman said.

On loans to ABG Shipyard front, FM said that ABG Shipyard account turned NPA during the erstwhile UPA regime and the banks took lesser than normal time to detect the fraud perpetrated by the shipping firm. “In this particular case with that kind of a measurement, actually, I should say to the credit to the banks, they’ve taken less than what is normally an average time to detect these kinds of frauds,” Finance Minister Nirmala Sitharaman said. Sitharaman also said that during the NDA regime, the health of banks has improved and they are in position to raise funds from the market.