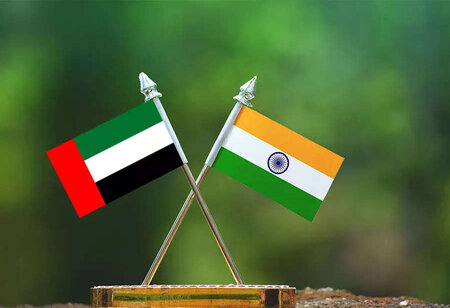 India and the United Arab Emirates on Sunday has released the full text of the Comprehensive Economic Partnership Agreement (CEPA) that was signed between the two countries in February.

The pact, that is likely to come into force on May 1, is expected to boost bilateral trade between the two countries to $100 billion over five years as against $43.3 billion in FY21. It covers goods, services, rules of origin, intellectual property rights, e-commerce and government procurement. The UAE is currently India’s third largest trade partner.

Key sectors that are set to benefit from the CEPA include labour intensive sectors like gems & jewellery, textiles, leather, footwear, sports goods, engineering products, medical devices, and automobiles. Annual exports worth about $26 billion from India that currently attract a 5 per cent import duty in the UAE are set to benefit from the agreement.

The deal also provides for both countries to set up a technical council on investment, trade promotion and facilitation led by representatives of both governments that would promote and monitor trade and investment flows between the two countries.

Indian industry has noted that the agreement’s emphasis on boosting opportunities for small and medium enterprises (SMEs) would help create more jobs in the sector. “A separate annexure on the pharma sector, emphasis on paperless trading with the cooperation in the area of digital trade would have significant positive impact on boosting bilateral trade and investment,” said Chandrajit Banerjee, director general, Confederation of Indian Industry (CII).