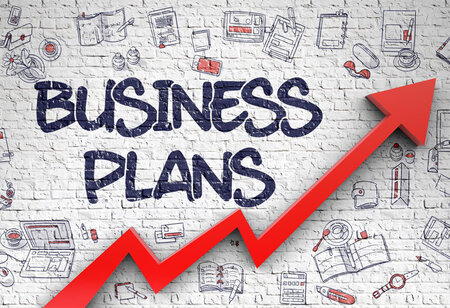 India deals with American card networks as Visa and Mastercard have grumbled to Washington for lack of a level field as New Delhi cajoled banks for shifting to a room harvested alternative. For the alleged failure of comply with local data-storage rules, Mastercard, Discover Financial Services and American Express for running in regulatory trouble in the second most populous nation. Recurring payments from India have been a disaster for failing too often.

It may be time for a thaw in the relationship. According to news portal The Morning Context, the Reserve Bank of India is keen to grant Visa and Mastercard access to the country's popular online payments protocol. It’s like dangling the key to a candy store before a kid: From large malls to roadside shacks, there are now 230 million QR codes set up to receive money. This is when the country of 1.4 billion people has only 7.3 million point-of-sales terminals that swipe cards.

Many emerging markets have warmed up to smartphones ahead of plastic and expensive card readers. In China, merchants scan the two-dimensional barcodes generated by users’ Alipay and WeChat Pay phone apps. India’s fintech pioneer Paytm made the capital load even lighter for small businesses; customers read shopkeepers’ QR stickers and showed them their phone screens after successful payments. After Paytm introduced Soundbox — hardware that could be rented for $2 a month — sellers started receiving audio confirmations.

This became a standard for QR-code-based settlements on Unified Payments Interface, India’s protocol for fast, 24x7 transfer from one bank account to another. Growing from nothing in 2016, the smartphone-based UPI — a public utility — handled nearly 13 trillion rupees ($160 billion) in December. Of this, about 10 trillion rupees was for individuals swapping money with one another. On the remaining 3 trillion rupees of QR-code spending at merchants, the government remunerates banks so that they promote online transactions and make formal credit available to disadvantaged groups such as street vendors.

Opening up this large and fast-growing market to the major networks will mean that credit limits will be used, without the physical cards being swiped. This could potentially be a big deal as at least some users will want to borrow for purchases, instead of using their own funds. Industry participants, however, envisage a pushback. The National Payments Corporation of India, the operator of the UPI protocol, is also the sponsor of RuPay, the local card trying to get a foothold against American networks. The RBI recently allowed RuPay credit cards to be linked to UPI. Why would NPCI want to surrender this nascent advantage so soon? The short answer: This is what banks want.

RuPay has issued more than 600 million cards, but most of them are debit instruments. Between them, Visa and Mastercard own 90% of the nation’s credit-card market. It’s a duopoly that makes the Indian government nervous. Today, New Delhi and Washington have a common interest in countering Beijing. Tomorrow, the alignment might shift. If the US tries to use payment as a foreign-policy lever, taking a leaf from sanctions against Russia, then India must be able to soften the blow.

Unlike China UnionPay Co., which is using its domestic heft to scale up globally, RuPay doesn’t have the advantage of growing up in a protected financial landscape. US networks that control practically all of the open Indian credit-card market won’t suddenly accept less favorable terms; their Washington lobbyists would pounce. India’s banks would complain, too. A more collaborative approach may be needed to make the rupee an internationally acceptable medium of exchange. And what can be a better incentive than UPI, a success story recognized worldwide?

At present, UPI spending comes out of consumers’ savings accounts. From a user’s perspective, scanning a QR is equivalent to paying a business in cash — without having to visit an ATM. From a bank’s standpoint, however, deposits are costly; account holders have to be paid interest. And then the lender has to go and earn a spread. However, if some purchases move to credit cards, the bank providing the loan immediately acquires a lucrative asset and starts praying that the customer won’t pay the full-statement amount. Out of the 2% transaction charge, the cardholder’s bank earns four-fifths; the remaining gets shared between the retailer’s bank, the NPCI … and the card networks. Everyone makes money. So that when the state subsidies to popularize online payments end, all debit transactions can still remain free.

This gives banks a strong motivation to align behind Visa and Mastercard in demanding that NPCI’s gateway be treated as a public good, with the US card networks being able to tap it as freely as RuPay. If the incumbent protests too much, it may not be a bad idea to revive a now-suspended plan to license more operators. But the current player has other good things going, such as a proposed linkage with Singapore’s PayNow. NPCI has also decided to let the Indian diaspora join UPI, using their foreign phone numbers.

There’s no point in being parochial about payments. When the pie grows, everyone benefits. As for using credit cards for geopolitics, the stick can wait if a juicy carrot does the job just as well.