India’s GDP contracts 7.3 percent in FY21, but uptick in Q4 with push from manufacturing 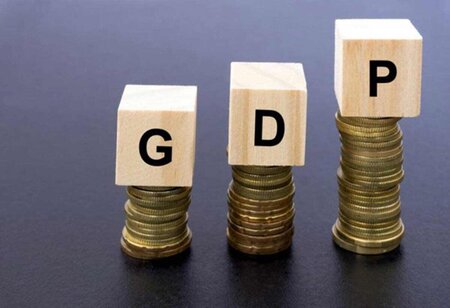 Prior to the second wave of the Covid-19 pandemic hit the country, India’s gross domestic product (GDP) grew 1.6 per cent in the fourth quarter (January-March) of 2020-21. This comes on top of a 0.5 per cent growth in the previous October-December quarter.

In January-March last year, the economy had grown 3 per cent. For the full financial year 2020-21, however, the GDP contracted 7.3 per cent — a record low. This is nevertheless a marginal improvement from the earlier estimate of 8 per cent contraction in the second advance estimates released in February, largely because of a sharp rise in government expenditure.

The uptick in the fourth quarter was driven mainly by the manufacturing sector even as services remained comparatively sluggish, provisional estimates of annual national income and quarterly estimates released by the National Statistical Office (NSO) on Monday showed. The GDP had slipped into a technical recession in the first two quarters of FY21 by contracting 24.4 per cent and 7.4 per cent.

Agricultural growth slowed to 3.1 per cent in January-March from 4.5 per cent growth in October-December and 6.8 per cent growth in the last quarter of the previous year. Mining and trade, hotels, transport sectors remained in negative territory, contracting by 5.7 per cent and 2.3 per cent, respectively. On the expenditure side, gross fixed capital formation — an indicator for private investment — picked pace to grow 10.9 per cent in January-March, an indicator that the investment momentum was kicking in, alongside a pickup in government expenditure. Going ahead, growth will remain subdued in the first quarter of 2021-22 as the severity of the second wave will show its impact, economists said. “The provisional estimate of 2020-21 GDP numbers are slightly better than what were expected, but are unlikely to change the big picture. These numbers would need to be counterbalanced by likely downgrades of current GDP growth estimates for 2021-22. The consensus number for this is now down to below 10% on account of the severity of the second wave of Covid-19,” Alok Sheel, RBI Chair Professor in Macroeconomics at Indian Council for Research in International Economic Relations (ICRIER) said.

The extent of recovery will be determined by the removal of localised lockdowns, which were put in place to counter the spread in the second wave of the pandemic. “The extent to which localised restrictions are continued in the coming months will impact the timelines of the recovery. Other key monitorables are whether an accelerated pace of vaccine rollout can prevent a third Covid surge. Needless to say, the economic outlook remains highly uncertain, and periodic material revisions to our growth forecasts may persist in FY2022, as was the case in FY2021. At present, we expect real GDP to expand in the range of 8-9.5% in FY2022,” Aditi Nayar, Principal Economist, ICRA said.

GVA — which is GDP minus net product taxes, and reflects growth in supply — contracted 6.2 per cent in 2020-21 as against earlier estimates of 6.5 per cent and 4.1 per cent growth in the previous year. GDP in nominal terms, which factors in inflation, is estimated at (-)3.0 per cent, up from the second advance estimate of (-)3.8 per cent and lower than 7.8 per cent growth last year.

“Improved performance of indicators, used in compilation of GVA, in the fourth quarter of 2020-21, owing to calibrated and steady opening of the economy, is reflected in the improved growth estimated now for the year 2020-21 as compared to the previous projection in Second Advance Estimates. In addition to this, revised data received from some source agencies for the previous quarters and receipt of GST data for third quarter along with fourth quarter have also contributed to the revision in the estimates,” the NSO said in its statement.