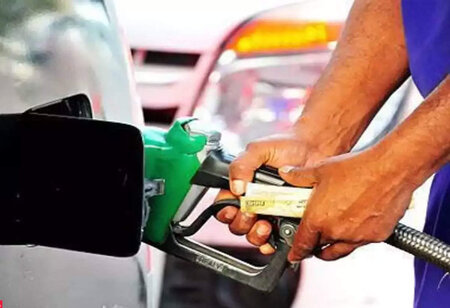 India's fuel consumption could rise by 9.8% in the year to March 2022, its highest pace of growth in the six years which was driven by robust demand for gasoline and gasoil in Asia's third largest economy, according to initial government projections. Higher expectation of fuel consumption, a proxy for oil demand, points to a sharp recovery in industrial activity in the economy which was hit hard by the pandemic.

India could consume 215.24 million tonnes of refined fuels in the financial year 2021/22 compared to the revised estimate of 195.94 million tonnes consumed in 2020/21, data posted on the website of Petroleum Planning Analysis Cell (PPAC) showed. India's economy returned to growth in the three months to December with its gross domestic product rising 0.4% compared with the same period a year earlier. The recovery is expected to gather pace as consumers and investors shake off the effects of the coronavirus pandemic.

Sale of liquefied petroleum gas, mainly used for cooking, is expected to rise 4.8% to 29 million tonnes, the data showed

During April 2020 to January 2021, the first 10 months of this fiscal year, India's fuel consumption fell by 13.5% as lockdown measures to stem the spread of Covid-19 hit demand in the world's third biggest oil consumer. The increase in India's fuel consumption will aid global oil markets as the nation is seen as a main driver of rising demand for energy over the next two decades, the International Energy Agency said in January. Local sales of gasoil and gasoline, which together account for half of overall refined fuel sales in India, is projected to rise by 13.3% each, the data showed.

Consumption of diesel is related closely to economic growth and accounts for up to 40% of the refined fuel sales in India. With easing restrictions and resumption of business, India's jet fuel sales are expected to reach 6.45 million tonnes in 2021/22, a growth of about 74.2% from the revised estimates of this year, the data showed. Sale of liquefied petroleum gas, mainly used for cooking, is expected to rise 4.8% to 29 million tonnes, the data showed.