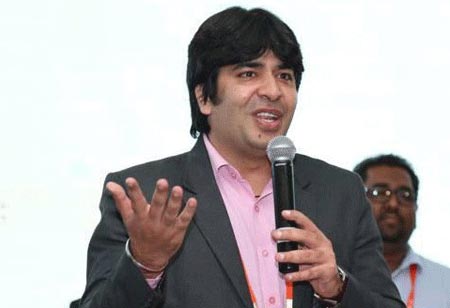 A flexible, on-demand workforce encompasses a wide spectrum of professions which includes freelancers, coders, designers, specialized technicians, and many others. It has always been cost-friendly and imposes lesser liabilities to the companies. If managed correctly, the on-demand workforce can allow a company to reduce fixed payroll overheads, become more flexible and possibly even broaden its service offering.

To understand the freelancers’ side, as per World Bank’s report 2019, total freelancers’ population worldwide is estimated at around 84 million which is around three percent of the global labor force of 3.5 billion. However, in the US, 57.3 million and India, 15 million freelancers represent a sizeable portion of the global freelancer workforce. This change in the nature of work is in some ways more noticeable in advanced economies where technology is widespread, and companies are pivoting their human resource strategies towards the on-demand workforce.

In India, freelancers or on-demand workforce is increasing at a higher rate which is caused lesser by the companies’ demand and more because of a very high unemployment rate. As published by Azim Premji University, ‘Total employment during 2011-12 and 2017-18 declined by nine million’. The report states that the share of informal and unorganized sector employment is still so high in India, despite a rise in the number of registered enterprises. Because even though these enterprises might have registered themselves under GST to continue their business (and pay sale tax), but they could not employ social security benefits to their employees because of the size of their business. Another perspective behind unemployment is the lack of desired skills from the industries. Although the Indian government has taken big initiatives like Digital India and Skill India’s mission through National Skill Development Corporation (NSDC), there is still a huge scope to effectively harness the true potential of its workable population.

“In a country where 95 percent of the workforce is unorganized, crowd sourcing platforms are creating new hope by organizing them productively”

NSDC has trained around 11.2 million people in their 11000+ training centers with 462 partners to date but the on-demand needs of the companies are yet to be fulfilled without costing them much. There could be multiple ways of handling this problem like providing specialized training for the role of technicians, repairers, to blue collar workers. It will not just help them get jobs but also make them find a direction to develop their skills.

The on-demand workforce should be more precisely called on-demand skilled workforce, because at the end of the day, if we lack skills, it doesn’t matter what type of employment we have, either part-time, full-time or contract-based, it’s of no use to a company.

To manage this huge number of unorganized partially skilled workers, crowd sourcing platforms have been actively participating recently. Apart from just the skill up-gradation, they are helping people to build their profiles, improve their earning potential and give them more recognition. They are also collaborating with micro-financing institutions to provide them small loans for vehicles, phones, equipment, and others. It’s a bright opportunity for the companies as well as the unemployed people, especially the blue-collar ones to extract maximum benefit from such crowd sourcing platforms because it creates a win-win situation for all. In a country where 95 percent of the workforce is unorganized, crowd sourcing platforms are creating new hope by organizing them productively despite the rising number of unemployed individuals, when seen from the perspective of old and traditional employment setup.