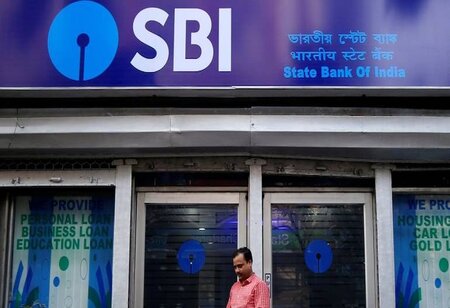 India’s combined federal and states’ budget gap in the current fiscal year will reach 12.7 percent on increased healthcare spending and a collapse in revenues amid Covid19, according to an analysis by the country’s largest commercial bank. State Bank of India said in a report published on Wednesday that there was a sharp increase in the debt in the year to March 31 as states had to borrow more given their lack of resources, with the average fiscal deficit across 13 states reaching 4.5 percent of gross domestic product.

“Indian states have been at the forefront in the fight against Covid-19, but the impact of a collapse in tax receipts and significant increase in expenditures have made the fiscal position of the states tenuous,” Soumya Kanti Ghosh, chief economic adviser at State Bank of India, said in the report.

The central government’s deficit for the current fiscal year is pegged at 9.5%, with the budget gap for this year and next at higher-than-expected numbers by including off-budget borrowing by state-run enterprises. SBI sees the deficit coming in slightly smaller, at 8.7%.

Of the 13 states analysed by SBI, only five planned to raise spending next year on health and family welfare by more than 20%

Revenues from goods-and-services and value-added taxes fell more sharply than anticipated in state budgets for the current year, according to SBI. As a result, states curtailed capital spending. While some propose increased expenditures, a few have not allocated higher resources to healthcare.

Of the 13 states analysed by SBI, only five planned to raise spending next year on health and family welfare by more than 20%. “This indicates that states are more reliant on central funds for healthcare facilities, in the face of revenue decline,” it said in the report. The state and central deficits are expected to narrow next year, to 3.3% and 6.8%, respectively, according to SBI.