Indian Economy to Contract by 7% in FY21: SBI Research 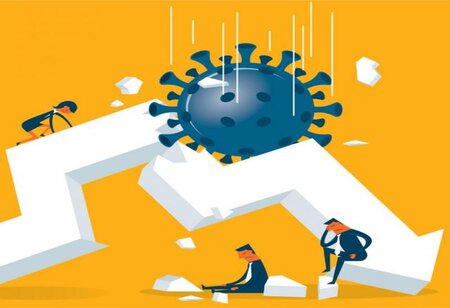 Pencilling in a GDP growth in third and fourth quarters, SBI Research on Wednesday revised its contraction forecast for the current fiscal year to 7 per cent despite the fact that the agency had earlier forecast a 7.4 per cent contraction in 2020-21 GDP numbers. In April-September, the economy contracted 15.7 per cent but the second half may see a surprise 2.8 per cent growth, if the SBI analysis turns out to be accurate.

Soumya Kanti Ghosh, group chief economic adviser at State Bank of India (SBI) said of the 41 high frequency leading indicators, 51 per cent are showing acceleration which should help the economy turn around to the green from the third quarter with a 0.3 percentage point growth which is likely to surprise positively when the final numbers are out.

Given that 85-90 per cent of such cash balances belonged to states that was invested with the Centre, it is possible that states before the closing of accounts of 2020-21 want to spend the cash rather than preserving

“We now expect GDP decline for the full year to be around -7 per cent compared to our earlier prediction of ?7.4 per cent. Also, Q4 growth will also be in positive territory at around 2.5 per cent,” Ghosh said, adding promptly that “the projections are conditional to the absence of any rise in infections.

Corporate results so far also reinstate the fact that third quarter would be much better than the previous one. The corporate GVA of 1,129 companies has expanded by 14.7 per cent in October-December compared to 8.6 per cent in second quarter (of 3,758 companies ex- telecom)

On the fiscal gaps, it said 9.5 per cent may be on the higher side. Excluding off-balance sheet liabilities, fiscal deficit will be 8.7 per cent gross tax collection estimate based on revised 2020-21 numbers and collections till December show tax collections will have a degrowth of 8.9 per cent in March quarter on a sequential basis. But in 2021-22 collection may top the budget estimate of Rs 22.17 lakh crore, or 9.9 per cent of GDP.

Meanwhile, cash balances of the Centre have declined from the peak Rs 3.4 lakh crore to around Rs 2.3 lakh crore as on February 8. Given that 85-90 per cent of such cash balances belonged to states that was invested with the Centre, it is possible that states before the closing of accounts of 2020-21 want to spend the cash rather than preserving.