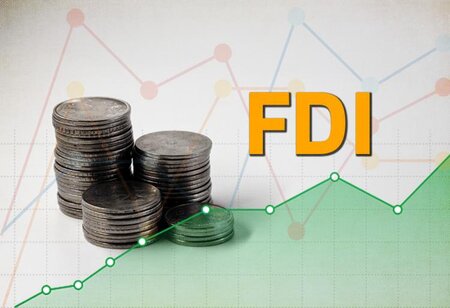 The next set of reforms for telecom sector, set to be announced before the quarter ends in June and it is likely to further ease the norm on allowing foreign companies to start telecom services in India. This will be over and above the 100 per cent foreign direct investment (FDI) allowed through the automatic route, sources in know of the development said.

One of the major changes, an official said, will be allowing these foreign companies to come and start operations in India without them needing to tie up with an Indian company to bid for and retain spectrum bought in auctions.

“The (telecom) ministry is of the considered view that the current situation of only three private telecom companies, of which one is ailing under debt, is not sustainable in the long run for the health of the sector. The norms will be eased so that foreign companies can either set up shop in India or invest more in domestic firms. The relevant rules will of course have to be followed,” said the official, asking not to be named.

“The target is to get more players in the domestic market so that there is competitive bidding for precious national resource such as spectrum,” the official added.

The DoT, however, may not opt for further reduction in licence and other statutory fees, one of the officials said, adding that the number of telecom users in India is far more than most other geographies and hence a cut does not make much “economic sense”.

The official added, “Right now, we have about 700 million internet users in India, and that is set to double in within the next five years. Spectrum is a national resource and it must be used judiciously to ensure optimal revenue for the government.”

Last September, the Union Cabinet had approved a set of nine structural and procedural reforms to address the short-term liquidity needs as well as long-term issues of telecom companies.

Among the steps announced then, one of the major reforms was to provide a four-year moratorium on payment of all dues arising due to the Supreme Court’s September 1, 2020, judgment on adjusted gross revenue (AGR).

A moratorium of four years on payment of spectrum purchased in past auctions, barring the 4G spectrum auction of 2021, had also been offered to the telcos.

Of the three private telecom players, Vodafone Idea and Bharti Airtel had opted for the four-year moratorium, while Reliance Jio Infocomm had refused the option.