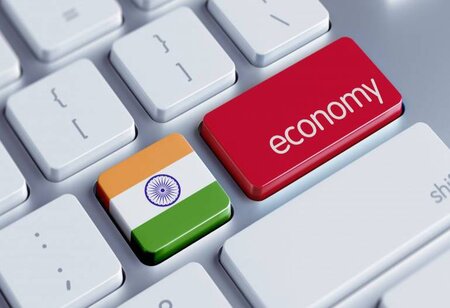 Citing the second highest business activity index reading in 13 months in the month of April, rating agency Icra on Tuesday forecast the economy to grow 12-13 per cent in the first quarter of the current fiscal. However, Icra has maintained its annual GDP projection at 7.2 per cent for this fiscal citing worries over inflation and the resultant RBI tightening.

"Our business activity monitor for April at 115.7 indicates that activity was roughly 16 per cent higher than the year ago (period) and pre-COVID levels in spite of the global headwinds," Icra Chief Economist Aditi Nayar told PTI.

This high growth may persist in May, especially on an annualised basis, which should translate into a double-digit GDP expansion in Q1 at 12-13 per cent. However, this may not sustain and the annual growth in volume and activity may moderate, she said.

According to her, higher input costs may dampen GVA growth to single-digits. "Therefore, we maintain our GDP growth forecast at 7.2 per cent for FY23".

Citing rising inflation worries, she said the consumer price index is expected to average at 6.3-6.5 per cent this fiscal.

The biggest upside risks to inflation and growth come from the runaway fuel prices and the impact of the war in Ukraine. If the war does not de-escalate in the near term, the impact will be much farther than anticipated, she said. This is also the primary reason for maintaining low GDP growth forecast at 7.2 per cent for the full year and higher one on a low base effect
On the interest rate front, Nayar said the central bank is expected to hike rates by 25 basis points each in the June and August policy reviews and September action will depend on the direction of the war and its impact on the commodity prices.