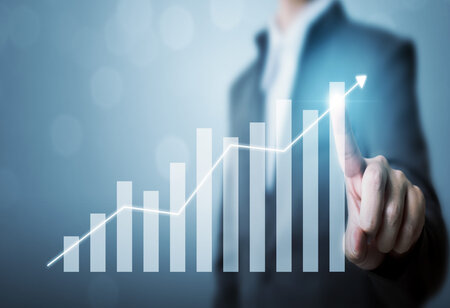 Global reinsurers have hinted Indian general insurers about the toughening of pricing as well as tighter terms and conditions in the upcoming days for Indian business. This is one of the direct impacts of Russia’s Ukraine invasion and consequent imposition of severe sanctions by Western countries on Russia.

Domestic general insurers, who were waiting for April 1 reinsurance renewal, might have to rush for early renewals of their annual business to avert a price hike, insurance sources said. “Yes, we have received alerts from our global reinsurers about a possible hardening of premiums and tightening terms and conditions in coming days. The higher pricing will be impacting marine cargo, particularly movements in Black Sea initially but if war continues, it can include property prices, going ahead,” said an official of New India Insurance, the country’s largest general insurance company with operations in 28 countries.

“We have advised our clients for early renewals to avoid any kind of complications,” he said. Indian insurers normally reinsure their business with global reinsurers as a risk mitigation measure.

In fact, one of the India’s large insurance accounts, Air India, with a sum assured of $ 10 billion is due for renewal by April 1. The NIA is the primary insurer for Air India, which was acquired by Tata from the government recently. “Though there is no impact on Indian clients immediately, they need to move fast as situation can further escalate in the international markets.’’ said the CEO of one of the global reinsurers having its operations in India.

Industry officials said the sanctions will also hit the placement of business of Indian joint ventures with Russian partnership.

State-owned reinsurer GIC Re has said there was no cause of concern immediately from the reinsurance market point of view. GIC Re has a Russian subsidiary operating out of Moscow. “The Russian government has already asked its national reinsurer to provide reinsurance support to the local business in view of the international sanctions,” said an official.

While GIC Re writes the business of Aeroflot, the flag carrier and the largest airline of the Russian Federation, from its Mumbai headquarters, most of the Russian businesses are written by its subsidiary in Moscow.

Public sector ECGC Ltd, which provides credit risk insurance and related services for exports, has carried out a review of the country-risk rating of Russia as per its extant underwriting policy. Accordingly, with effect from February 25, the cover category of Russia has been modified from Open Cover to Restricted Cover Category for which revolving limits (normally valid for a year) are approved specifically on a case-to-case basis.

The international trade credit insurer has already put Ukraine under its restricted category.

The ECGC said this change has been made to ensure that it is able to assess and monitor the risks covered under its export credit insurance policies and to place appropriate risk mitigation measures. “The above measure will also enable the exporters / banks in India in assessing the export payment realization prospects from buyers and/or banks in Russia,” officials said.

Customers have been suitably advised to contact their servicing branch of ECGC for cover on shipments to Russia, they said. ECGC continues to monitor the situation and further review of the underwriting policy will be undertaken based on future developments. “We have neither got any claims as yet from any clients who have taken covers for their Russian or Ukraine business nor have raised our premiums for providing covers to these countries,’’ officials said.