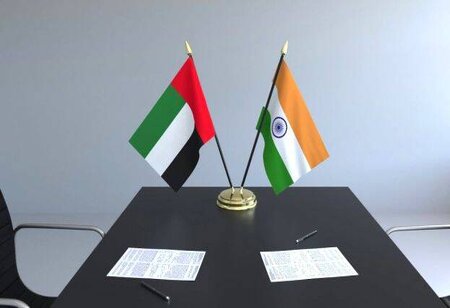 The Comprehensive Economic Partnership Agreement (CEPA) between India and the UAE came into action on Sunday, which is allowing most of the country’s exports a duty-free access to the Emirates.

The CEPA, which was signed in the month of February, is expected to increase the total value of bilateral trade in goods to over $100 billion and trade in services to over $15 billion within five years.

In a symbolic gesture for operationalising the agreement, commerce secretary BVR Subrahmanyam handed over Certificates of Origin to three exporters from the gems and jewellery sector here.

These consignments to Dubai will not attract any customs duty  under the pact.

“Today, the CEPA between India and the UAE is coming into force. We are sending the first consignment from India to UAE, which will benefit from this agreement,”Subrahmanyam said, adding that the UAE is a gateway to the middle east, North Africa, Central Asia and sub-Saharan Africa.

The Central Board of Indirect Taxes and Customs and the Directorate General of Foreign Trade also issued the relevant notifications for the operationalisation of the agreement from May 1.

The trade pact will help in taking the two-way trade to $100 billion in five years from the existing $60 billion.

Overall, India will benefit from preferential market access provided by the UAE on over 97% of its tariff lines (or goods), which account for 99% of Indian exports to the UAE in value terms-particularly from labour-intensive sectors such as textiles, leather, footwear, sports goods, plastics, furniture, and engineering products.

The government is analysing a lot of trade pacts and trying to correct them.

“We are planning to summarise, simplify the agreement (with UAE for the industry) and put them in easy bundles so that everybody can know where do I have the benefit if I go through this FTA. We will do that before the end of May,” he said.

Subrahmanyam said that exports of goods and services account for about 22-23% of India's GDP and the vision is to take it up to 25-30%.

The secretary mentioned that the commerce department would be recast.

“You will change in the next few months. We will be setting up a huge trade promotion wing,” he said.