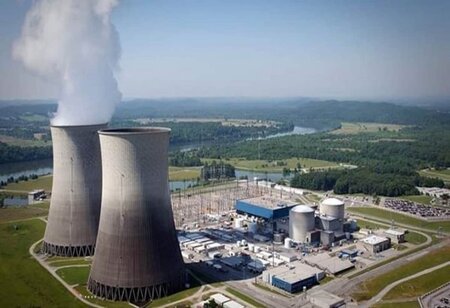 India should increase its share of the nuclear power in its quest towards having green power as renewable power is intermittent and costly, experts had said on Tuesday.

They also said strategies based on carbon cost will push up the power costs and India should also get rid of the mindset that policy will be driven by the vendors.

The views were expressed at the video conference where the interim report on 'India's Energy Transition in a Carbon-Constrained World: The Role of Nuclear Power' of the Vivekananda International Foundation (VIF) was released.

If India wants green power, then it needs larger power generation as currently various sectors are powered by different kinds of fuels. So the share of electricity in the total energy basket has to go up, said Dr Anil Kakodkar, former Chairman, Atomic Energy Commission and Secretary, Department of Atomic Energy.

He said the country must recognise that one should not lose perspective that for a large amount of green power, there is no alternative to nuclear power.

According to Kakodkar, it is not possible for the country to completely get out of fossil energy as there are severe technological issues with hydrogen, battery and solar power.

According to former Indian Ambassador to Iran D.P. Srivastava, the cost of decarbonisation of the economy will be very high.

He said if nuclear power is factored in the green power effort, then the costs will be optimised.

Pointing out that renewable power is intermittent and has to be backed up by a stable power source, Srivastava added that nuclear power should be given the must run status on par with the renewables.

He also said if carbon cost/pricing is applied, than the power costs will go up steeply.

Srivastava said if carbon cost is introduced in India through backdoor by way of bi-laterals and exclusive reliance of renewable power, then the costs will go up.

Releasing the report, VIF Chairman S. Gurumurthy said the west should look at its food habits and change to reduce the greenhouse gas emissions.

He said energy from being a traded item has taken various forms like geopolitical tools, national security and others.

On nuclear power, Gurumurthy said there should be an intense public education campaign.