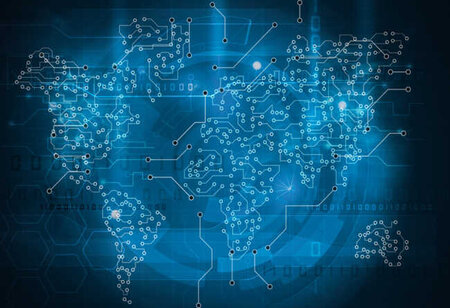 Over the past five years, India’s mobile internet and the digital services ecosystem has grown rapidly, owing to the pioneering efforts of the large private sector players.

Although this industry-led growth is somewhat unusual, it offers a model that could benefit other developing countries, wrote Michael Spence, a Nobel laureate in economics, and in Project Syndicate.

Spence is a Professor Emeritus of economics and a former dean of the Graduate School of Business at the Stanford University.

"Reliance is a large and profitable energy company that used its resources to finance long-term investments in the mobile internet ecosystem, setting the stage for Jio Platforms' rapid expansion. That model, which did not require significant public sector investment, probably will not work everywhere," Spence wrote.

More chapters in the Digital India story will be written in the coming years. But the country already offers important lessons for understanding and adapting development models to an era in which traditional sources of employment (especially manufacturing) will be displaced by automation and Artificial Intelligence, he wrote.

India has experienced an unusually rapid expansion of digital connectivity and access to services. This has had a positive impact on the inclusiveness of economic growth; on efficiency and productivity in retail, supply chains, and finance; and on entrepreneurial activity, Spence wrote.

Reliance Jio invested heavily in building the fiber-optic infrastructure to support broadband access and a national mobile internet system. During this period, Reliance Jio was granted the right to use the same spectrum for voice services, in addition to data, allowing it to introduce highly affordable smartphones with extremely low-cost data plans. Reliance Jio mobile phones and voice and data services were launched in 2016, Spence wrote.

The result was explosive growth in the number of Jio subscribers (which reached 400 million in 2020) and smartphone users across the country. Data costs in India went from being among the highest in the world to the lowest -- from roughly $3.50 per gigabyte before Jio to less than $0.30 cents per GB after its entry and expansion.