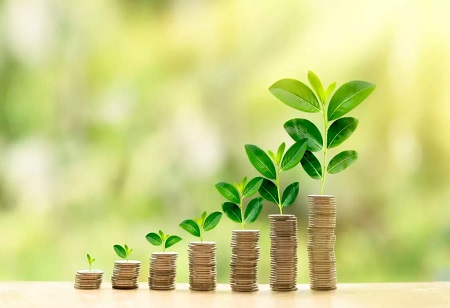 India's 'first-ever effort' to track green investment flows has been released by an analysis and advisory organisation Climate Policy Initiative which has claimed that 'the tracked green finance in 2019-2020 was Rs 309,000 crore (nearly $44 billion) per annum, which is less than a fourth of India's needs'.

The report, titled 'Landscape of Green Finance in India', shows the tracked green finance are falling far short of the country’s current need for its ambitious climate targets.

According to the US-based organisation report, India requires approximately Rs 162.5 lakh crore ($2.5 trillion) from 2015 to 2030 or roughly Rs 11 lakh crore ($170 billion) per year to achieve its Nationally Determined Contributions (NDCs) under the Paris agreement.

The organisation said further said that the evaluation of finance flows has been estimated for key real economy sectors like clean energy, clean transport and energy efficiency.

"The study tracks both public and private sources of capital -- domestic as well as international -- and builds a framework to track the flow of finance right from the source to the end beneficiaries through different instruments with an emphasis on bottom up approaches based on actual flows rather than commitments, providing the most accurate analysis to date of where India’s climate finance stands, the finance gaps it faces, and the opportunities that lie ahead," the organisation statement said.

The report also provides a first-of-its-kind evaluation of adaptation financing for select sectors for this year.

"The report shows increased flows to renewable energy sectors. This indicates the positive role policy support has had on the renewable sector. We would also in the future hope to see a similar role being played in other sub-sectors like distributed renewable energy - rooftop solar and clean mobility," Climate Policy Initiative-India project manager and lead author Neha Khanna said.