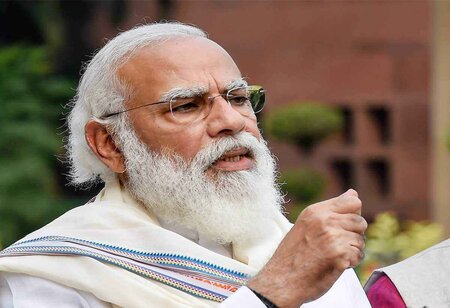 “A gas-based economy is what India needs today,” the Prime Minister said, noting that the ‘one nation one gas grid’ programme was aimed at meeting this need and that the government was focusing on bringing down the prices of natural gas besides developing the natural gas pipeline network.

Modi said the Dobhi-Durgapur pipeline would benefit the people of West Bengal as well as 10 districts of Bihar and Jharkhand by boosting access to piped natural gas for households and helping provide uninterrupted gas supply to fertilizer plants in Durgapur and Sindri in West Bengal. “This will create more job opportunities and provide farmers a sufficient supply of cheap fertilizer,” he added.

Modi also inaugurated a four-lane road over bridge and laid the foundation stone for a second catalytic dewaxing unit at Indian Oil Corporation’s Haldia refinery. The Prime Minister said that the unit would reduce the nation’s dependence on imports for lube-based oils. “These projects would help develop Haldia into a modern import-export centre,” he noted.