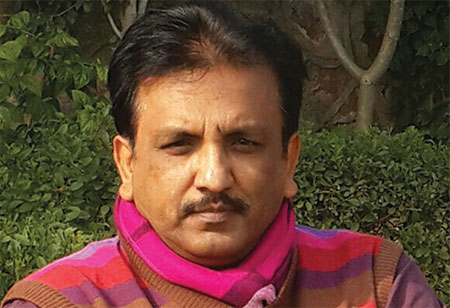 A mateur talk strategy, professionals talk logistic. This is more relevant in today’s perspective of rapid urbanisation, globalisation and shrinking time zones. Also, the current concentration on geography is changing from nations to nodes i.e. nodes of cities and SEZs. Some of these nodes becomes mega in sizes and are more significant than their nation bodies. These mega-cities/city-states (like Dubai, Hong Kong, Mumbai, New York, Chongqing etc) and their connecting economic corridors to other mega nodes has become key to the economic development of that zone/area. For internal, as well as external connectivity, Infrastructure development of mega nodes is the key issues for all progressive and developing economies.

The ambitious Delhi-Mumbai industrial corridor is one of the best examples of government commitment to the infrastructure development. It is a planned State-Sponsored Industrial Development Project of the Government of India and one of the world's biggest infrastructure projects with an estimated investment of US$100 billion. It is planned as a hi-tech industrial zone spread across seven states along the 1,500 km long Western Dedicated Freight Corridor which serves as its backbone. It includes 24 industrial regions, eight smart cities, two airports, five power projects, two mass rapid transit systems and two logistical hubs.

There are two critical aspects of infrastructure development, first is availability of fund and second is management of megaprojects. Looking into the present world scenario of economic stagnation in Europe and other major economies, availability of adequate fund for India is a matter of sovereign marketing for which the present able and stable government is doing its best. However, for implementation, project management is the key issues that India has todeal for the quantum leap in infrastructure augmentation.

The big question is, whether India is prepared for such infrastructure growth? Answer is mixed. Yes, we have technical and intellectual strength. But, we don’t have matured project management culture and robust system/institutions to sustain the growth volume pressure. Thanks to the swelling educated Indian middle class; we have a perpetual supply of quality engineers and project managers to some extent. But the availability of qualified artisans like riggers, welders, fitters and front line supervisor is a big issue. The negligence of government and other important bodies to ITIs and other similar setups is the main reason. Further, the absence of any national worker’s federations for accreditation/endorsement of worker’s skill levels, are issues to be tackled. Even the big corporate houses have done nothing on this front. This is not only affecting work quality but also disrupting the quantum front. Industry along with the government has to think on this and take corrective action. Further, though India wants to compete with bigger economies of the world but it does not have a world class indigenous, pure consultant-cum-engineering firm for project management like Bechtel, Black and Veatch etc. for project management, who can contribute in the infrastructure growth.

On management perspective also, we are much behind in the areas of Risk Management, Quality Management and HSE Management. The issue is not the awareness, but the deep understanding& recognition of the subject and amalgamation to its own environment. It is not only socially important but a quite big amount of cost is involved. We are losing substantial amount in risk surprises, bad qualities and serious accidents culminating to strike/closure. In today’s transparent world, organisation doesn’t have enough margins to deal with these eventualities. It has to be tackle in more professional and structured way; otherwise it is difficult to survive in the cost competitive and sensitive world.

One of the greatest threats of project failure is the improper communication. It is either too much or too little and some time is lack of communication. Rather we don’t take it seriously. Most of the indigenous companies are not having a standardized detailed project information, communication and its retrieval system. And if it is, it is only in the form of standard operating procedures leisurely/rarely employed. This is to be top priority for project manager and they should be in controlling and leading the project communication along with appropriate document flow management. If committed and properly planned, it is easy to implement in the highly digital world. This will not only help in present projects but learning and availability of documents/communication makes the life of future project smoother.

Although, India is very concerned for cash but they are equally poor in cash flow management. This is more relevant in infrastructure project implementation. Lack of sincerity in detail planning is the main culprit. Our approach is more of fire fighting. There are some other intermingled issues also. In India, we are mixing up both the company management and project management. This is basically a mind-set problem. Project implementation is different from company running, as companies are an ongoing concern but projects are one time activity with fixed life. But in the quest of rapid growth project funds are mismanaged and ultimately end in disaster. The recent ballooning of NPAs of Indian banks is the result of this. We have to think pragmatically in this regard.

Despite all these problems, there is brighter side in this profession also. In the age of artificial intelligence, where most of the professional jobs are being taken over or targeted to be taken over by computer assisted system or robots, the future of project management jobs are not so gloomy. This is because, every project is unique therefore, the project manager jobs are more customized to the requirement of the project. And as most of the big infrastructure project is not only complex but very complicated also, therefore, looking into the present technological development in computational techniques, it will take years to replace the complicated jobs of project managers through artificial intelligence systems.