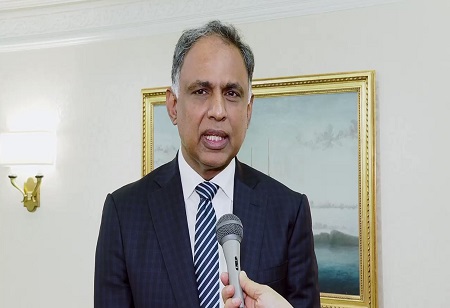 Indian industry leaders have hailed the Government's efforts towards digitalisation.

After meeting Finance Minister Nirmala Sitharaman in Washington on Saturday, representatives of several Indian companies said that many countries aim to learn from initiatives like UPI and RuPay.

C.T. Lakshmanan, President of Tech Mahindra Americas, said that the discussions with Sitharaman were 'amazing'.

"She was very curious about what's happening in the US market, the perception of India here. We all look forward to working with her," he was quoted as saying in a series of videos put up by the Finance Ministry on its Twitter handle.

Adhil Shetty, CEO of Bankbazaar.com, said that the Finance Minister's message of India's digital public goods and sharing it with the world is really resonating.

"UPI, RuPay are something which other countries want to learn from," he said.

Sunil Sanghai, CEO NovaaOne Capital, said that India clearly emerges as a bright spot globally due to its handling of quantitative tightening ability to make hard decisions and improving productivity of economy through digitisation.

After meeting with the Finance Minister, Chairman of Ambuja Neotia Group, Harshavardhan Neotia, said that his interactions with various bodies and think-tanks revealed their appreciation of India's progress, particularly in embracing the digital economy and digital architecture.