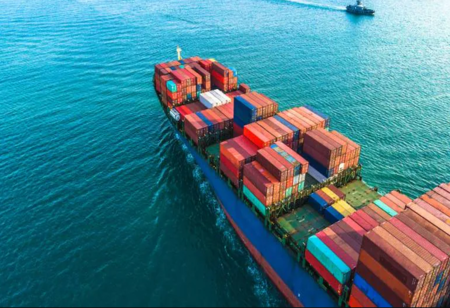 India on Tuesday notified the RoDTEP (Refund of Duties and Taxes on Exported Products) scheme, meant to provide refunds to exporters on taxes and levies borne on exported products.

"The scheme for zero rating of exports will boost our exports and competitiveness in the global markets. The rates of RoDTEP will cover 8,555 tariff lines," an official communique said.

"It may be noted that Government is leaving no stone unturned to support domestic industry and make it more competitive in the international markets," it added.

According to the statement, export-centric industries are being reformed and introduced to better mechanisms so as to increase their competitiveness, boost exports, generate employment, and contribute to the overall economy.

"This will go a long way in achieving our vision of building an 'Aatmanirbhar Bharat'.

"RoDTEP is one such reform, based on the globally accepted principle that taxes and duties should not be exported, and taxes and levies borne on the exported products should be either exempted or remitted to exporters," it said.

The scheme's objective is to refund currently un-refunded duties, or levies, at the Central, State and local level, borne on the exported product, including prior stage cumulative indirect taxes on goods and services used in production.

It also has provision for refund of duties or levies borne on distribution of exported products.

"RoDTEP is going to give a boost to Indian exports by providing a level playing field to domestic industry abroad," the statement said, but clarified that rebate under the scheme shall not be available in respect of duties and taxes already exempted or remitted or credited.

RoDTEP support will also be available to eligible exporters at a notified rate as a percentage of 'Freight On Board' (FOB) value.

"Rebate on certain export products will also be subject to value cap per unit of the exported product."

"Scheme is to be implemented by Customs through a simplified IT System. Rebate will be issued in the form of a transferable duty credit or electronic scrip (e-scrip) which will be maintained in an electronic ledger by the Central Board of Indirect Taxes & Customs (CBIC)."