India and U.K. start negotiations for an ambitious FTA 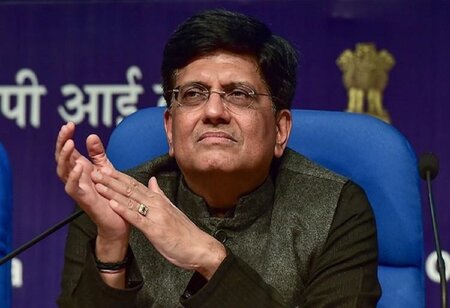 Minister of Commerce and Industry Piyush Goyal and U.K. Trade Secretary Anne-Marie Trevelyan launched negotiations for an ambitious Free Trade Agreement (FTA) on Thursday. Mr. Goyal has said that the negotiations are expected to be completed within a year.

“India stands to gain from this multi-dimensional economic partnership with exports growth in leather, textiles, jewelry, processed agri-products,” said Mr. Goyal in a comment after launching the negotiations that will cover goods and services both. Sources said the bilateral trade of $50 billion is expected to double to $100 billion in 10 years. Mr. Goyal had earlier announced that such discussions are under way with the UAE, Australia, Canada, Israel.

A joint statement issued after the launch of the negotiations referred to the Roadmap 2030 announced by Prime Ministers Narendra Modi and Boris Johnson in May 2021. The Roadmap 2030 aimed at doubling bilateral trade in the next decade. The joint statement clarified that both sides will consider the option of an “Interim Agreement” while conducting the negotiation for a comprehensive agreement.

The interim agreement is increasingly appearing as part of the trade negotiation tactics followed by India in recent months. A similar agreement is in the works with Australia which is also aiming for a comprehensive FTA with India.

“A deal with India is a golden opportunity to put U.K. businesses at the front of the queue as the Indian economy continues to grow rapidly. By 2050, India will be the world’s third largest economy with a middle class of almost 250 million shoppers. We want to unlock this huge new market for our great British producers and manufacturers across numerous industries from food and drink to services and automotive,” said Ms. Trevelyan about the FTA which is the first such major negotiation that the U.K. has held with India since Brexit.

The negotiations were welcomed by the UK India Business Council which remarked that India is expected to become the third largest economy in the world by 2030. UKIBC Managing Director, Kevin McCole, said: “From extensive UKIBC business consultations carried out last year across 20 roundtables involving around 200 companies, it is clear that businesses in both countries, across all sectors, have high hopes for the FTA negotiations and very much welcome the launch today.”

The joint statement announced that the first round of negotiations will begin on January 17 and the next rounds will take place around every five weeks. “The Indian negotiating team will be led by Ms. Nidhi Mani Tripathi, Joint Secretary, Department of Commerce, and the U.K. negotiating team will be led by Harjinder Kang, Director for India Negotiations at the Department for International Trade,” the joint statement announced.