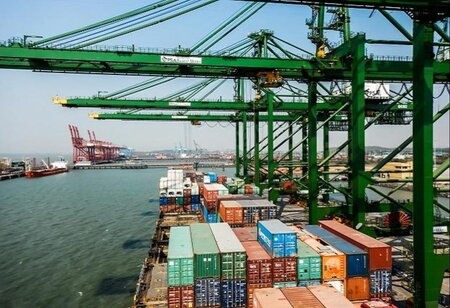 India and the UAE initiated formal trade talks to conclude early harvest agreement talks by December 2021 and to finalize a formal agreement by early 2022. In five years, the objective is to grow the bilateral trade in goods to over 100 billion dollars and the trade in services to 15 billion dollars.

India also seeks in the near future to establish free trade deals with Australia, the United Kingdom and the European Union. Before a Comprehensive Free Trade Agreement (FTA) is finalized, early harvest agreements are used to liberalize tariffs for particular trade in products between two nations or trading blocs.

Minister of Commerce Piyush Goyal and US Foreign Minister Thani bin Ahmed Al Zeyoudi has stated on Thursday that formal negotiations on the Comprehensive Economic Partnership Agreement (CEPA) between India and the United Arab Emirates will start. Goyal claimed that India would seek access as part of the early harvest deal to Indian textiles, gems and jewels, footwear and crafts.

“A very aggressive and ambitious timing has been established by both sides and the negotiations are to be concluded by December 2021 itself,” Goyal added, saying that in early 2022 both sides were intended to sign a formal agreement after internal procedures and the ratification processes had been concluded. Goyal noted that after the signature of the early harvest agreement negotiations for the CEPA would continue.

In an early harvest deal, Al Zeyoudi added, the US will concentrate on areas like fintech, petrochemical equipment and by-products.