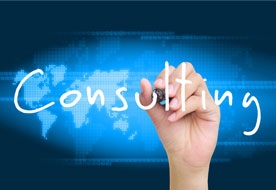 Big corporate names are preparing to embark on a large-scale recruitment spree. Companies have recognized the need and the scope of hiring fresh MBA candidates. As India's economy slowed down considerably, the impact was felt by B-schools around the country. India has the largest number of B-schools in the world. But, since the emergence of Narendra Modi as the new Prime Minister of India, the economy started looking up and hence the recruitment charts are being redrawn.

This phenomenon is being felt across industries. Citi, one of the biggest financial services group, is looking at a 37% increase in hiring this year. Similarly, KPMG and PwC, both noted names in the professional services space, are forecasting an increase in the range of 10-20% in intake, with special emphasis on consulting jobs. The same need is being felt by Vodafone, Microsoft and Snapdeal, to name a few. As this strong surge is felt, the Top 15 business schools in the country would bask in the glory the most. But smaller B-schools have reasons to be hopeful too as the phenomenon reaches across industries, making recruitment of MBAs the need of the hour soon.

"Companies are seeking MBAs who can integrate cutting edge technologies with traditional business functions such as marketing and finance. Hiring by e-commerce firms and start-ups have also seen a rapid increase over the last couple of years," said Deepa Mani, a professor with the information systems group at the Indian School of Business. Amazon and Apple lead the way for the rest at recruiting from ISB. Similarly, IIM Ahmedabad and IIM Bangalore have also seen the campus recruitment grow by 7-10%. Amazon, Flipkart, Jabong and Yepme are the major e-commerce companies hiring extensively. If industry insiders are to be believed, manufacturing companies are slowly joining the bandwagon too. Heyday for India is here!