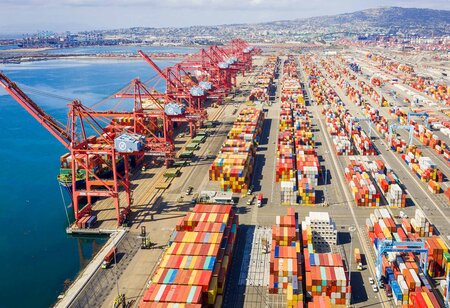 India and the European Union will be relaunching the first round of formal free trade negotiations on June 27 in New Delhi after a gap of nine years, while concurrently working on investment protection and geographical indicator deals in the five-day meeting, which aim to nearly double the bilateral trade in five years from $116 billion in 2021-22.

The schedule of talks was finalised in Brussels on Friday after a meeting between commerce minister Piyush Goyal and European Commission’s executive vice president Valdis Dombrovskis, who agreed to launch stand-alone the Investment Protection Agreement (IPA) and the Geographical Indicators (GIs) Agreement, and conclude all the three deals simultaneously, a statement said on Saturday.

While the purpose of the proposed IPA is to provide a legal framework for cross-border investments to enhance the confidence of investors, the GI pact is expected to establish a transparent and predictable regulatory environment in facilitating trade of GI products, including handicrafts and farm commodities, it said.

India has already signed two important free trade agreements this year – with the United Arab Emirates (UAE) and Australia – and is negotiating a comprehensive trade deal with the United Kingdom, the breakaway partner of the EU.

The India-EU FTA negotiations will start soon after they conceptualise a basic framework, HT reported on April 12.

“Both partners are now resuming the FTA talks after a gap of about nine years since the earlier negotiations were left off in 2013 due to difference in the scope and expectations from the deal,” the statement said. The basic framework of the trade talks was hastened after an Indian delegation led by commerce secretary BVR Subrahmanyam visited Brussels in the first week of April.

The development is significant because the India-EU trade negotiations was halted in 2013 over movement of Indian professionals and high tariffs on European farm produce. However, after Brexit, both the EU and the UK are keen to quickly conclude trade agreements with India, the official said.

On April 2, after signing the India-Australia Economic Cooperation and Trade Agreement, Goyal said New Delhi was working on FTAs with the UK, Canada, Israel, the Gulf Cooperation Council, and the EU. The deal with the UAE was signed in February.