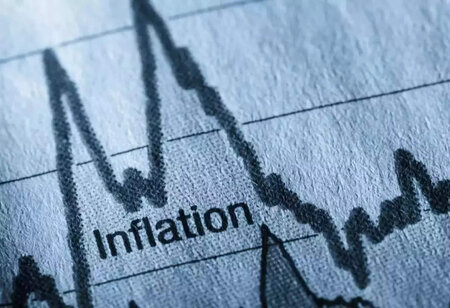 In a recent press release of RBI Governor, it was stated, the rise in crude oil prices, on the other hand, poses a significant upward concern to the inflation prediction. Although the continued pass-through of tax cuts linked to gasoline and diesel last November would assist to alleviate input cost pressures to some extent, core inflation remains elevated at tolerance testing levels. Given the persistent slack in demand, the transmission of input cost pressures to selling prices remains subdued. Furthermore, as the threats from Omicron fade and supply chain pressures ease, core inflation may decline. Overall, the inflation forecast for 2021-22 remains at 5.3 percent, with Q4 at 5.7 percent due to unfavourable base effects that diminish later. The CPI estimate for January 2022, in particular, is likely to move closer to the upper tolerance range, owing mostly to unfavourable base effects. Taking all of these factors into account, and assuming a normal monsoon, CPI inflation for 2022-23 is forecast at 4.5 percent, with Q1:2022-23 at 4.9 percent, Q2 at 5.0 percent, Q3 at 4.0 percent, and Q4 at 4.2 percent, with risks broadly balanced.

Inflation is generally described as an increase in the consumer prices during a given time period, as contrasted to collapse, which is defined as a fall in same costs. Inflation is a key economic indicator for any economy. The inflation is a measure at which general price level, products, and services rises in an economy and how it impacts the living costs of those who live in a given country. It affects not only the mortgage rates charged on savings and loans, but also the levels of state pension benefits received. Over the previous decade, India's inflation rate has risen.

GDP rises, although there is a lag effect, which causes GDP to rise in consecutive years. Moreover, there is a development time for investments, and revenues improve after a few years. FDI boosts the growth of enterprises and thus the economy, and the appropriate method of FDI is the selection of important areas of the economy that provide the highest RoI.

Impact of Inflation on Foreign Direct Investment in India

The negative impact of inflation and foreign direct investment in India is caused by the country's high level of prices, which results in increased manufacturing costs. The Covid-19 widespread is a key contributor to this surge, which is compounded by increases in input prices, raw material costs, workforce pay, land prices, and capital costs. Such high product costs have a detrimental effect on both domestic and international commodity demand. All of these variables eventually lead to a decrease in business earnings, deterring foreign investment in nations with high inflation rates. Likewise, a high level of foreign investment indicates a large level of foreign exchange reserves. This demonstrates a country's strong external payments position and helps prospective investors gain trust.

The Indian government is taking measures to cultivate an atmosphere that will enforce macroeconomic policy variables such as exchange rates, trade openness, and inflation rate, which is critical for attracting foreign investment into an economy and stabilizing and strengthening trade relationships with other economies around the world.