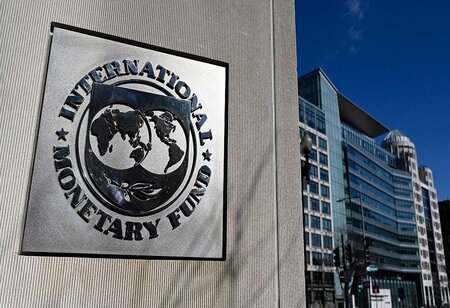 A day after it cut India's FY22 growth rate projection to 8.2 per cent, the International Monetary Fund (IMF) has drawn attention of Indian households' pinched pockets. It has called on the government in order to prioritise food security and expand cash transfers to vulnerable sections so they don't suffer in the wake of the crisis triggered by the Russia-Ukraine war.

The IMF's comments come against the backdrop of rising inflation that has seen prices of essential goods - vegetables, fuel and cooking gas - skyrocket.

Last week it was revealed that retail inflation quickened to 6.95 per cent in March compared to 6.07 per cent in February.

The IMF, while applauding India's move to prioritise public investment, said it was worried challenges from the economic consequences of Russia's Ukraine invasion were 'quite severe'.

Paolo Mauro, the deputy director of the IMF's Fiscal Affairs Department observed that inflation in India was somewhat elevated - above the Reserve Bank's comfort zone.

However, he also noted the RBI is addressing that issue. Mauro was speaking from the sidelines of the IMF-World Bank annual spring meeting.

He noted that keeping the budget more or less neutral seemed to be sensible amid the current scenarios. "But given the rise in food prices, given the rise in energy prices, clearly this is a situation in which households are feeling the pain of the situation."

Higher food and energy prices across the world have heightened the risks of social unrest – more so in low-income countries already grappling with high debt levels in the aftermath of the Covid-19 pandemic, the IMF said in its latest report on global fiscal developments.

"So, what we recommend here is to prioritise food security first and foremost, expand transfers to the vulnerable. India has an effective history of in kind transfers and also cash transfers to the population. We certainly would want that to continue and to be expanded."