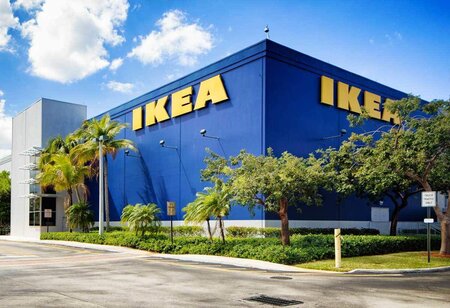 Ikea, the Swedish furniture and home furnishings retailer, has spent an extra 850 crore in its Indian unit as part of its aim to expand its position in this expanding market. The majority of the investment was made by Ingka Holding Overseas BV, with the remaining made by Ingka Pro Holding BV, according to data from trade intelligence platform Tofler on Thursday. Both enterprises are owned and operated by Ingka Group, which also owns and operates Ikea Retail.

The fresh infusion is part of the group’s ₹10,500 crore investment plan for India. “India is identified as affordable and sustainable products," said a spokesperson for Ikea India.

In India, Ikea runs two large stores, one each in Navi Mumbai and Hyderabad. It also has an online presence a future growth market for Ingka group. The fund infusion established is part of the ₹10,500 crores announced initially. This new infusion will support our omni-channel growth plans in India to enable us to reach many more people in India for their life at home needs with our across Hyderabad, Mumbai, Bengaluru, Surat, Ahmedabad and Vadodara.

The vendor has been stepping up operations in the country. Last December, Ikea opened its first small format city store at Worli, Mumbai. By 2025, it plans to have four such stores in Mumbai, in adding to its large-format store in Navi Mumbai that opened earlier.