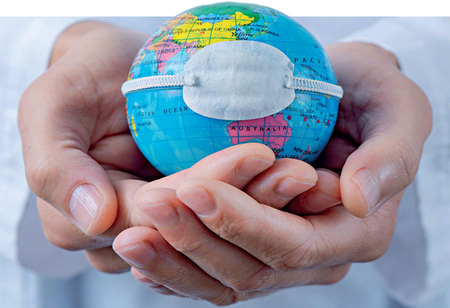 Several high net-worth individuals (HNI) and promoters have started the process of moving out their businesses and families to the United Arab Emirates (UAE), Singapore, and the United Kingdom even as the second Covid wave shows signs of subsiding in India.

Insiders say that the second Covid wave-exposed many businessmen and their families to the deadly virus and many of them are looking to move to countries that offer better health infrastructure and security of high-value lives.

In the last few months, many businessmen have created intermediary companies based in these countries so that the operations could be handled from these locations. Insiders say that the second Covid wave-exposed many businessmen and their families to the deadly virus and many of them are looking to move to countries that offer better health infrastructure and security of high-value lives.

In the past month, several business families have gradually started “creating fact patterns” so that they don’t get stuck with tax and other regulatory issues.

Tax experts say that a fact pattern has to be created. Also, an intermediary company based outside India cannot abruptly become a holding company.

Most companies in the past few months have created such structures where some of the key decision-makers have been moved in these holding or intermediary companies outside India. Going ahead, these companies will end up holding global operations including the Indian business as well.

While Covid-19 and the subsequent devastation are the main triggers, other factors such as accessing global investment opportunities and avoiding future tax problems while exiting businesses are also in play, say industry trackers.

“While Covid-19 is definitely a trigger as many business families fear what would happen to go ahead, other reasons for many companies and businesses moving outside India include creating global wealth and ease in selling assets going ahead. Companies are planning carefully and have created intermediary companies in Dubai, Singapore, and the UK in a way that it doesn’t flout any current tax regulations or other regulations such as POEM,” said Girish Vanvari, founder of tax advisory firm Transaction Square.

Under the Place of Effective Management (POEM) framework, if the tax department thinks that a foreign subsidiary is managed from India, domestic tax can be levied even on the foreign income of these subsidiaries. The tax department looks at fact patterns and also where the decision-makers of a company reside.

“There are possibilities that such migrating HNIs may end up acquiring residential status in both India and the migrating country in the year of migration and thereby attracting double taxation. They also need to be extra cautious about their disclosure compliances and foreign assets and income reporting compliances under the Income Tax Act and the Black Money Act,” said Mayank Mohanka, founder-director, TaxAaram India.