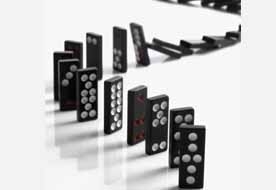 The majority of global companies (76 percent) are confident that their reputations are strong, according to the 2014 Reputation at Risk survey conducted by Forbes Insights on behalf of Deloitte Touche Tohmatsu Limited (DTTL). However that confidence declines when it comes to protecting against and responding to reputation risks. In fact, only 19 percent of companies would award themselves an “A” grade for their capabilities to manage against such risks.

The global survey of more than 300 executives found that 39 percent of companies rated the maturity of their reputation risk management programs as either average or below average. Yet such programs can be critical to an organization’s bottom line and ability to rebound from a hit to their reputation. Respondents from companies that had previously experienced a negative reputation event reported that the areas impacted the most were revenue (41 percent) and loss of brand value (41 percent).

“Companies are concerned about the consequential effects that escalating reputational issues can have,” said Henry Ristuccia, global Governance, Risk and Compliance leader, DTTL. “Both internal and external stakeholders, including regulators, shareholders, employees, and customers, maintain a powerful foothold in a company’s overall brand value. Utilizing technology—such as analytics and brand monitoring tools—to proactively manage these relationships and mitigate reputational risks is critical to a company’s success.”

The survey reveals executive-level concerns and their view on the potential consequences of reputation risk, including:

Companies are least confident when it comes to risk that are beyond their direct control: Such risks include third-party/extended enterprise issues (47 percent), competitive attacks (44 percent), and hazard or other catastrophe (44 percent).

Companies are investing to improve their capabilities for managing reputation risk: More than half of companies (57 percent) say they plan to address reputation risk by investing in technology such as analytical and brand monitoring tools as well as crisis management and scenario planning.

The top underlying drivers of reputation risk were found to be related to ethics and integrity (55 percent), such as fraud, bribery and corruption; followed by security risks (45 percent), both physical and cyber; and product and service risks (43 percent). These three drivers are expected to remain the leading factors for at least the next three years. Third-party relationships are another rapidly emerging risk area, as companies are increasingly being held accountable for the actions of their suppliers and vendors.

As scrutiny over third-party relationships rises, opportunities for potential risk grow in tandem. In addition to revenue and brand value loss, which were both shown as leading impacts at 41 percent, 37 percent of the surveyed executives indicated regulatory investigations were another major consequence. That number balloons to 45 percent of respondents from financial services firms.

“It is difficult to quantify the loss that companies face during a negative reputational event,” said Ristuccia. “However, recent history has shown that an issue can take on a life of its own, not only bleeding into other aspects of a company’s operations, with significant financial ramifications and brand value loss, but a shift in an entire industry, with investigations and increased regulations.”