HDFC Bank raises up to $300 million in NRE deposits 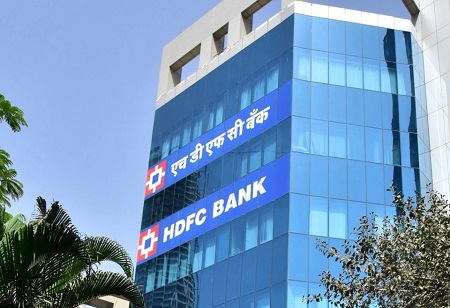 HDFC Bank, India's most valuable lender, is said to have raised up to $300 million in NRE deposits, offering up to 50 basis points more than the prevailing rates, people familiar with the matter said. These deposits were garnered over two days last week. A basis point is 0.01%.

The Middle East led the list of new NRI depositors, while the rest of Asia and Europe didn't do too badly either.

The relative success of this round of deposit garnering could prompt HDFC Bank to open more such dedicated windows for overseas investors until November.

"The window was kept open as an experiment, and it coincided with the US Federal Reserve policy announcement," said one of the persons cited above.

On July 6, the Reserve Bank of India (RBI) permitted banks to garner FCNR (B) and NRE deposits from the Indian diaspora without any interest rate cap. Such relaxations are available until October 31 and November 4, respectively. The central bank also relaxed rules for external commercial borrowings, seeking to arrest the outflow of funds and ease pressure on the rupee.

The response to NRE deposits from non-resident Indians could be even better if banks are offered additional regulatory support they had received in 2013, bankers said.

On July 27, ET first reported about HDFC Bank's plans. The move coincided with the US Federal Reserve's scheduled decision on policy rates that raised the cost of funds by three-fourth of a percentage point.

For NRE deposits, currency conversion risks at maturity, however, must be borne by depositors. The deposit plan proposed to pay 6.8% annually. For 12-15-month maturities, HDFC Bank offered 5.75-6.25% to domestic savers for deposit amounts between Rs 2 crore and less than Rs 5 crore at the time of international offering.

NRE and FCNR (B) deposits differ on the approved currency denomination for the respective instruments, with the dollar being the primary unit for the latter category of savings.

The window remained open on July 27 and 28 for NRE fixed deposits.

The objective is to ensure inbound flows of dollars amid a rush for safe-haven assets worldwide.

Indians living abroad are likely to keep deposits in rupees as doing so takes care of family needs in the country.

According to RBI governor Shaktikanta Das, response to such measures can be evaluated after two months at least.

A large public sector bank based out of Mumbai reported about a 12% rise in NRE and FCNR (B) deposit collections since RBI's announcements.