GST Revenue Collections Increased by 18 percent to over Rs 1.33 lakh billion in February 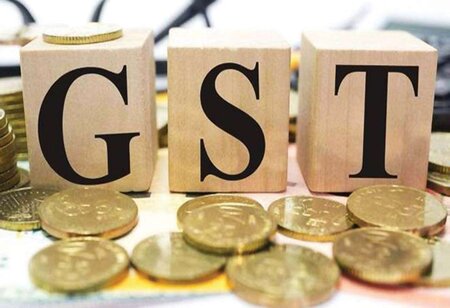 According to statistics issued by the Finance Ministry on Tuesday, gross goods and services tax (GST) revenue collections in February (for sales in January) increased 17.6% year on year to Rs 1.33 lakh billion. This is the seventh month in a row that GST revenues have exceeded Rs 1.2 lakh crore, due to anti-evasion efforts and an increase in economic activity.

February, being a 28-day month, usually sees lower revenues lower than January. The Finance Ministry said this indicates recovery in key sectors. In a statement, the ministry said this “high growth during February 2022 should also be seen in the context of partial lockdowns, weekend and night curfews and various restrictions that were put in place by various states due to the omicron wave, which peaked around 20th January”.

This is for the fifth time the GST collection has crossed the Rs 1.30 lakh crore mark in this financial year. “Since implementation of GST, for the first time, GST cess collection crossed Rs 10,000 crore mark, which signifies recovery of certain key sectors, especially automobile sales,” the ministry said.

Experts said that GST collections remaining at this level indicates the revenues may cross the revised targets set for FY22 in the Budget. MS Mani, Partner, Deloitte India said, “GST collections exceeding Rs 1.33 lakh crore, despite the challenging pandemic situation in Jan 22 indicates that the collections are now on a stable trajectory and the FY22 targets would be exceeded.”

While on an overall basis, the collections are 17.6% higher than the same period last year, there is significant divergence amongst states with GST collections raised in these states rising within the range of 2 per cent to 23 per cent amongst the large states.

For instance, the GST collected in Tamil Nadu increased by 5 per cent year-on-year in February, while that in Maharashtra grew 21 per cent. GST revenues collected in Gujarat posted an increase of 8 per cent, while Karnataka posted a 21 per cent increase.

Going ahead, revenues are seen picking up further with increase in e-way bill generation. “With the robust rise in GST e way bill generation in February 2022, we expect a sequential uptick in the GST revenues in the current month. Moreover, CGST revenues are likely to exceed the Government of India’s FY2022 RE by up to Rs 0.3 trillion, complementing the anticipated overshooting in direct taxes,” Aditi Nayar, Chief Economist, ICRA said.

The government has settled Rs 26,347 crore to CGST and Rs 21,909 crore to SGST from IGST. The total revenue of Centre and the states in February after regular settlement is Rs 50,782 crore for CGST and Rs 52,688 crore for SGST.